The party's popularity comes off the back of a miraculous economic recovery that has been credited to the left-wing economic policies of the current ruling coalition.

by Iwan Doherty
in Politics 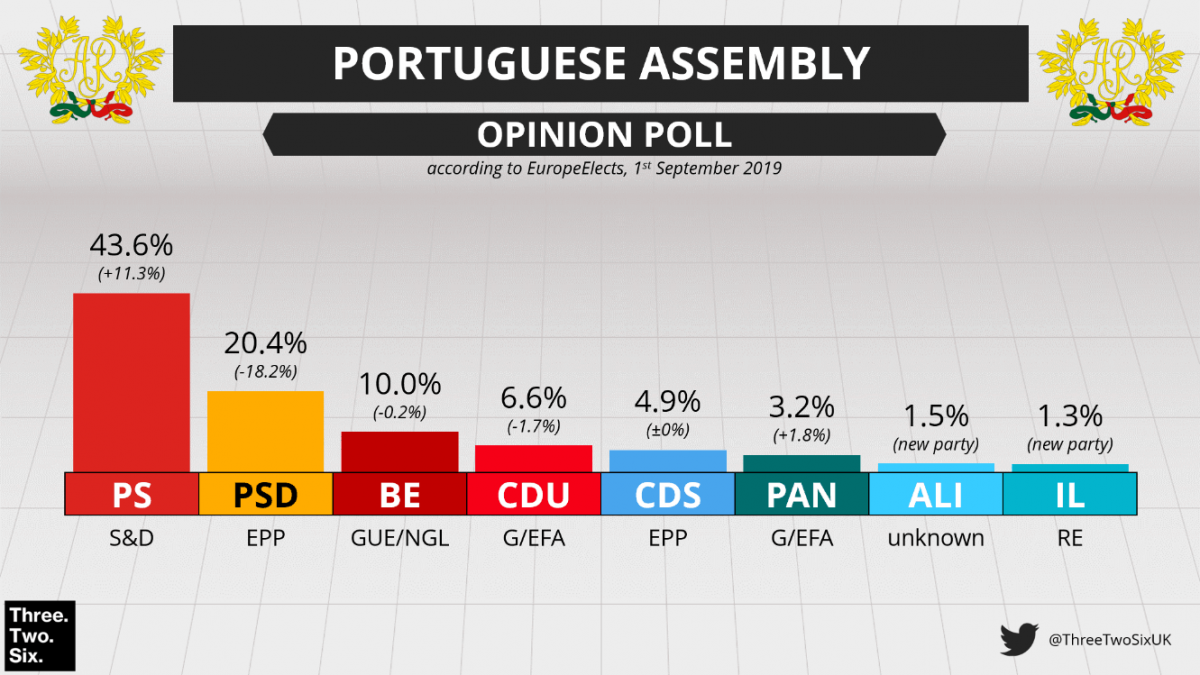 The Portuguese Socialist Party (PS) is polling at 44 per cent after it eschewed austerity policies to turn the country’s economy around following the financial crash.

With the centre-right Portuguese Social Democratic party (PSD) trailing a long way back on 20 per cent, it now has nearly enough votes to form an outright majority, a freak occurrence under proportional representation.

It will be comfortably carried into government by the further left parties such as Bloco de Esquerda (BE), Portuguse Communist Party and Ecological Party (CDE).

The election should act as a glimmer of hope for the European left who are losing ground in nearly all EU nations.

It has certainly worked for him.

Same way as the UK

The party’s popularity comes off the back of a miraculous economic recovery that has been credited to the left-wing economic policies of the current ruling coalition.

Portugal elected a conservative government in 2011 but after they failed to stop the decline of the economy.

Education got a 23 per cent spending cut, health and social security went the same way.

The result was 17.5 per cent unemployment in 2013, a 41 per cent jump in company bankruptcies and year after year of net economic decline.

Dramatic resurgence in the economy

The socialist government gained power in 2015 and enacted a series of reforms that included raising the minimum wage, lifting a freeze on pensions and cancelling pay cuts for civil servants.

In a likeness to the UK’s Labour Party they also brought in four bank holidays that had been previously scrapped.

The result was a dramatic resurgence in the economy.

Unemployment has dropped by nearly 11 per cent from its peak and growth in the economy has returned to health levels.

The popularity of the Portuguese socialist party is therefore unsurprising, but they remain the shining light of success for left wing parties in Europe who have all died a slow death while remaining moderate.

Related: Portugal shows that too much austerity deepens a recession – which is why they devised an alternative