Undertakers had to rearrange a number of appointments and had to replace the vehicle due to the damage caused by the crash. 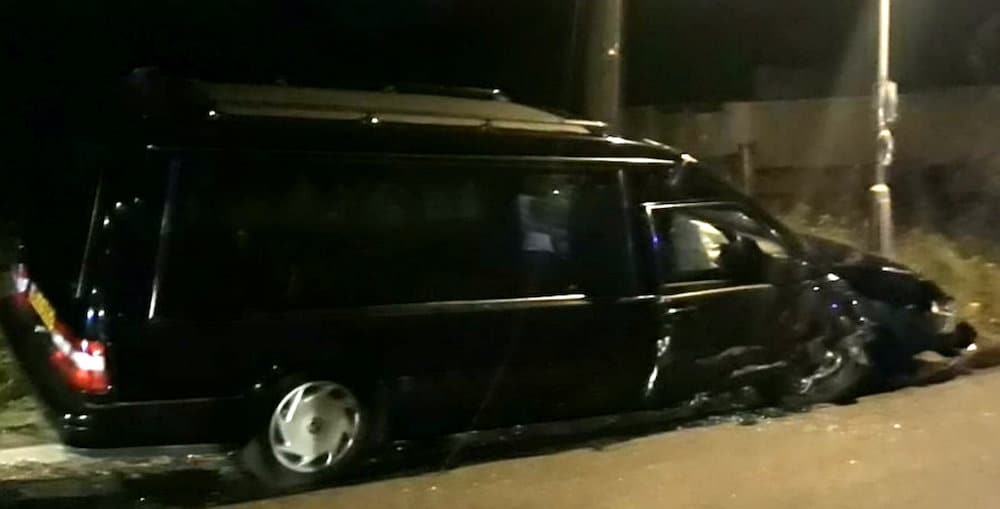 A gang of thieves stole a hearse from a funeral directors and crashed into a car at high speed before assaulting another driver in a bizarre road rage attack.

The black limo was taken by crooks from Nottinghamshire Funeral Service Ltd on October 27, 2018 before it ploughed into another vehicle at around 5am.

A court heard when the stunned car driver got out to get the details of the occupants in the hearse he was viciously assaulted by three men.

The victim suffered a broken nose, facial fractures and bruising as a result of the attack in Jessops Lane, Gedling, Notts.

Undertakers had to rearrange a number of appointments and had to replace the vehicle due to the damage caused by the crash.

Two of the occupants in the hearse, Dayle Deville, 24, and Alexia Kelly, 20, have now been sentenced for their part in the incident.

Deville, of no fixed address, pleaded guilty to actual bodily harm and aggravated vehicle taking and was jailed for 40 months.

He was also banned from driving for 32 months at Nottingham Crown Court last Wednesday (20/5).

Deville also pleading guilty to charges relating to separate incidents of robbery, attempted robbery, theft of a phone and a charge of fraud by false representation

Kelly, of St Ann’s, Nottingham, admitted aggravated vehicle taking and was given a 15-month community order, with 30 hours’ unpaid work.

The court was told in a statement from the driver how he had been left in “total disbelief” when he saw a hearse speeding towards him.

He said: “I was on Lambley Lane driving towards the bridge when the dark-coloured hearse appeared.

“I initially saw the headlights as they were coming over the bridge.

“The hearse lost control as it was coming over the bridge, crossed the road on to my side and smashed straight into the front of me. I was in total disbelief.”

Two other men who have already pleaded guilty to charges of actual bodily harm and aggravated vehicle taking, will be sentenced on June 3.

They are Jack Jones, 20, of St Ann’s, and Steven Lambley, 22, of Mapperley, Notts., who has also pleaded guilty to additional charges of robbery and theft.

They will be sentenced on June 19.

Detective Constable Rich Kinsey, of West Bridgford CID, said: “Over a period of two months at the end of 2018, this gang of six individuals targeted the residents of Carlton and Gedling, with offences spanning robbery, assault, theft, fraud, handling stolen goods and even stealing a hearse from a funeral home.

“After a detailed and complex investigation involving a number of officers and specialist departments, we are pleased with the outcome of this hearing and hope that the victims of these crimes can take some comfort from the sentences received and are able to put their ordeals behind them and move on.”