Maybe the driver was just "testing his eye sight" before getting insurance." 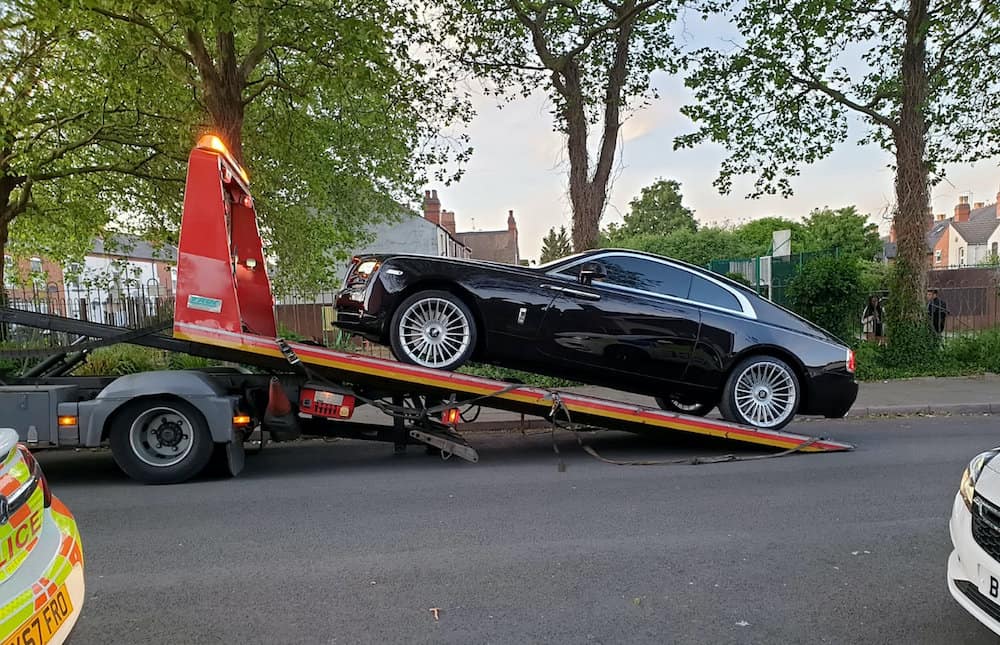 A Rolls Royce worth a quarter of a million pounds was pictured being towed away after being seized by police for having no insurance.

The luxury motor was pulled over by officers in the Bournville area of Birmingham on Monday evening (25/5).

Stunned police took to social media to share a picture of the £250,000 vehicle on the back of a truck on a leafy street as it was being towed away to a compound.

West Midlands Police Force Response tweeted: “You might think that a Rolls Royce worth around a quarter of a million pounds would be correctly insured.

“Bournville D unit officers seized this car tonight for being driven with no insurance! Do they win the prize for highest value car needing removing from the roads today?”

Web users reacted with astonishment after the force posted the image on Twitter in the early hours of this morning.

Gary Jackson wrote: “Oops that’s an oversight by his butler? Somebody going to get a beating? If he doesn’t want it back? Can I have it?”

Tom Miles added: “I think you might win the highest value car seized by police ever, not just today. Please don’t crush it, that would be a crime in itself.”

Paul Bradley said: “That takes some arrogance, spending that much on a motor and then not being bothered to insurance it. What a numpty.”

Christoff Mr added “What a pretentious p***k lol” while Steve Cork joked: “Maybe the driver was just “testing his eye sight” before getting insurance.”