Since ancient times, men have observed flying birds with envy: there is no other feeling that can provoke that same sense of freedom. For that reason -and thanks to invaluable efforts, human beings have managed to develop an endless number of inventions in order to be able to fly. Some of them worked, some of […] 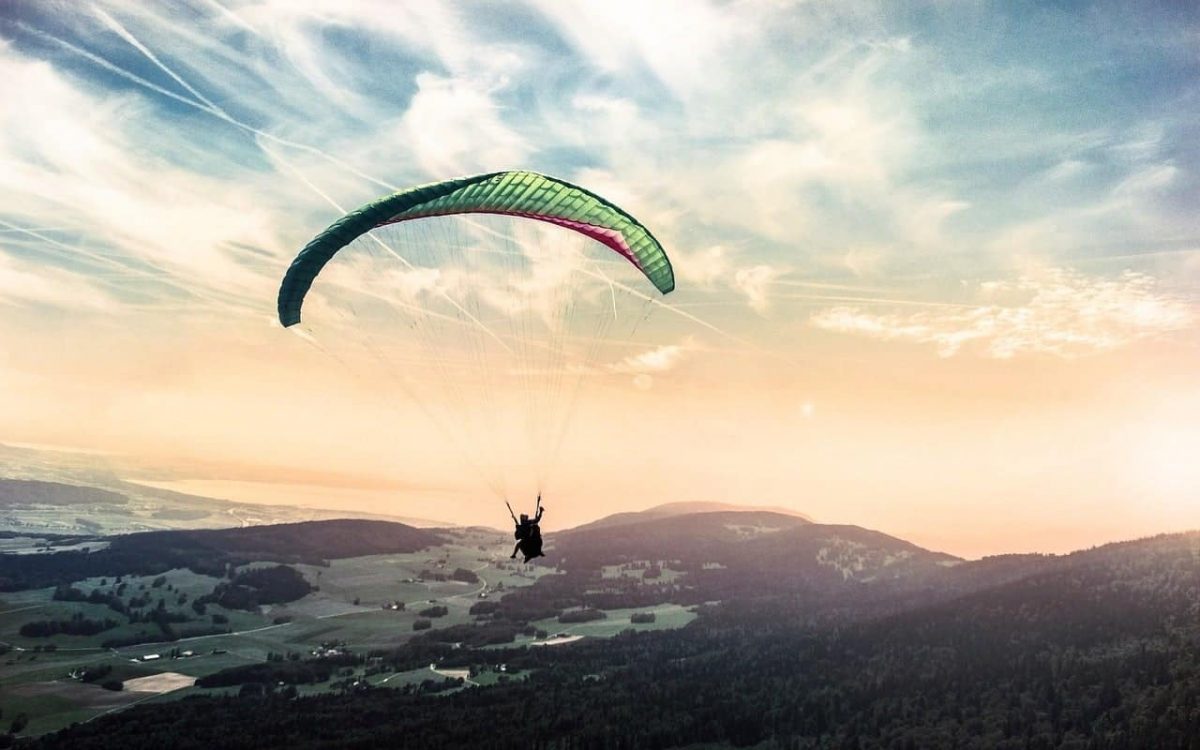 Since ancient times, men have observed flying birds with envy: there is no other feeling that can provoke that same sense of freedom. For that reason -and thanks to invaluable efforts, human beings have managed to develop an endless number of inventions in order to be able to fly. Some of them worked, some of them had catastrophic consequences, but at the end, we made it.

Paragliding is the closest to flying like a bird that any human can be, since paragliders  are ultralight and flexible, and uses the wind as its sole propellant, without the need for an engine or fuel. A paraglider is an aircraft built only with cloth and ropes. It has no rigid structure other than the chair. It takes off and lands with its feet and weighs approximately 20 kg. Nowadays, paragliders are built in such a way that they do not need steep slopes for take-off, just a slope facing the wind, whose speed or intensity must oscillate between 10 and 25 Km/h. A variant added later is an engine attached to the back of the pilot, which allows to take off from a flat terrain. This new sport is called powered paragliding.

Paragliding is an extreme sport which was born in the late 70’s as a variant of skydiving in order to descend mountains with steep slopes. Initially, it was mainly used by climbers who were looking for an easy and simple way to go down from the top of the mountain. But now, paragliding is available to everyone. Every year, there are more and more lovers of this sport despite the risks involved, especially if the minimum safety measures are not respected. If you want to try paragliding but you don’t know where to do it or what kind of material do you need, Overfly Tenerife has an extense paragliding guide with all the information you need that will clear all your doubts and help you fly -or even introduce you to paragliding in Tenerife, if you wish.

Beyond the incredible views that you will enjoy at such a height, when paragliding you will feel that you are free and walking on the air. But this feeling will not only be physical, but mental as well. Your body will respond to adrenaline, leading to excitement and increased energy. This will make you feel more energetic and relieve tension. On the other hand, the psychological benefits of being able to complete a challenge such as flying so many meters above the ground are immense. And the feeling of having achieved your goals is an extra boost of confidence.

Plus, by being in constant tension to control the parachute, your arms will be strengthened. This will improve your flexibility, your mobility and the range of your movements, thus reducing the risk of injury. Also, since you are kind of sitting when paragliding, it requires the work of your core muscles: the trunk, pelvis and adductors are constantly working. With paragliding you strengthen the muscles in the centre of the body and reduce the risk of injury in your daily activities.

There are three types paragliding flights that can be adapted to suit your style and experience. It’s just a matter of choosing the one that suits you best:

As the name suggest, this style involves nothing but the paraglider, the person who wants to fly, and the sky. Obviously, to be able to do that it is necessary to attend to a course and learn the basics about paragliding. You will need at least a brief discussion about glider components, and spend several hours gaining ground handling experience. At the end of the day, you might be able to start with a few short flights. Then, you’ll have to keep building on the skills acquired, allowing ample time for longer and higher flights. At this point, instructors will introduce you to new techniques, including tricks for higher winds and some alternative launch methods.

If you are not sure that you can control the paraglider yourself, you can always choose a tandem flight with an experienced pilot, which will allow you to experience the same feelings but with extra safety -perfect for beginners.

This is for true lovers of adrenaline and emotion, because it is more than flying and enjoying the beautiful landscape below. In acro paragliding, the pilot will perform maneuvers and acrobatics that will make you scream of emotion, with turns and spirals.  It is important to note that this type of flight is always recommended for people who have already some experience in paragliding, as the speed of movements is higher and the maneuvers must be done together.