This tin cup is giving me viewer fatigue, and I can only imagine how it’s making the players feel. 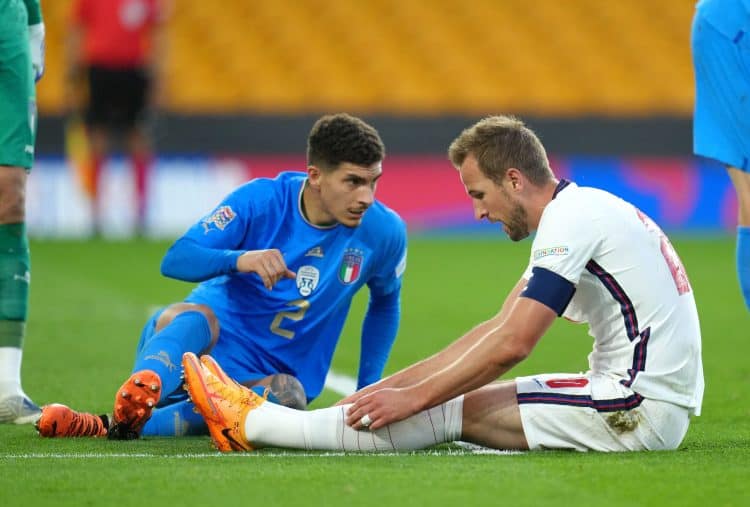 On Saturday, England and Italy locked horns for the first time since the Euro 2020 final.

A year ago, under the Wembley lights, the Azzurri clinched a penalty shoot-out victory in front of a crowd of 67,173, with an estimated global audience of 328 million.

As the two teams took to the pitch at Molineux this weekend, with just 2,000 children in attendance, memories of that momentous encounter could hardly seem more distant.

Gareth Southgate blamed England’s “over-reliance” on Harry Kane for the Three Lion’s lacklustre performance, which capped off a run of three games without a win.

Italy also failed to decorate themselves in glory, although that’s hardly surprising given that Roberto Mancini named only two players who had started in the Euro2020 final in his line-up – Gianluigi Donnarumma and Giovani Di Lorenzo – and most of the big stars were not involved.

The Nations League comes hot on the heels of a gruelling season for most players. Instead of getting the rest they both deserve and need, many will have been shipped off to national training camps to prepare for the tournament, adding strain to their physical and mental ability to perform at their full potential.

As Kevin De Bruyne pointed out before Belgium’s opening game against the Netherlands, the “Nations League is unimportant” to him. “(They are) Just glorified friendlies after a long and tough season. I am not looking forward to it”, he said.

Belgium – ranked second in the world by FIFA – went on to lose 1-4 at home in front of 42,000 fans, the result seemingly echoing the attitude of the players on the field.

De Bruyne isn’t the only one to voice his concern about the timing of the tournament’s initial stages.

Virgil van Dijk, who was part of Liverpool’s quadruple-competing team, also questioned the strange decision by UEFA to play four games after a long season.

“I believe that, during these four games, there is more chance of injury after a long season. That has no be observed, to be analysed and players should have an input in that (the fixture list) I believe,” he said.

The rationale of the tournament was to make international games more competitive outside of the major tournaments which should, in turn, pique the interest of fans and give teams a better opportunity to play against nations at a similar level.

But the fans – who have enjoyed their fair share of enjoyment in the closing weeks of the club season – aren’t overly fussed about seeing van Dijk, fresh from competing in the Champions League, or De Bruyne, fresh from securing a last-gasp Premier League title, compete for the chance to win a new tin cup in the not too distant future, not least when the spectacle is clearly hampered by fatigue.

If we want to enjoy more seasons like the last in the Premier League then it’s time we admit that top-class professionals need a break, and it’s high time we gave them one before the fans start to feel the fatigue too.

Related: This is the nostalgia talking, but I’m relishing the return of the old guard