“They’ve seized upon anything like this, thinking that appeals to what they imagine is their base. He’s not really a football fan anyway, I think." 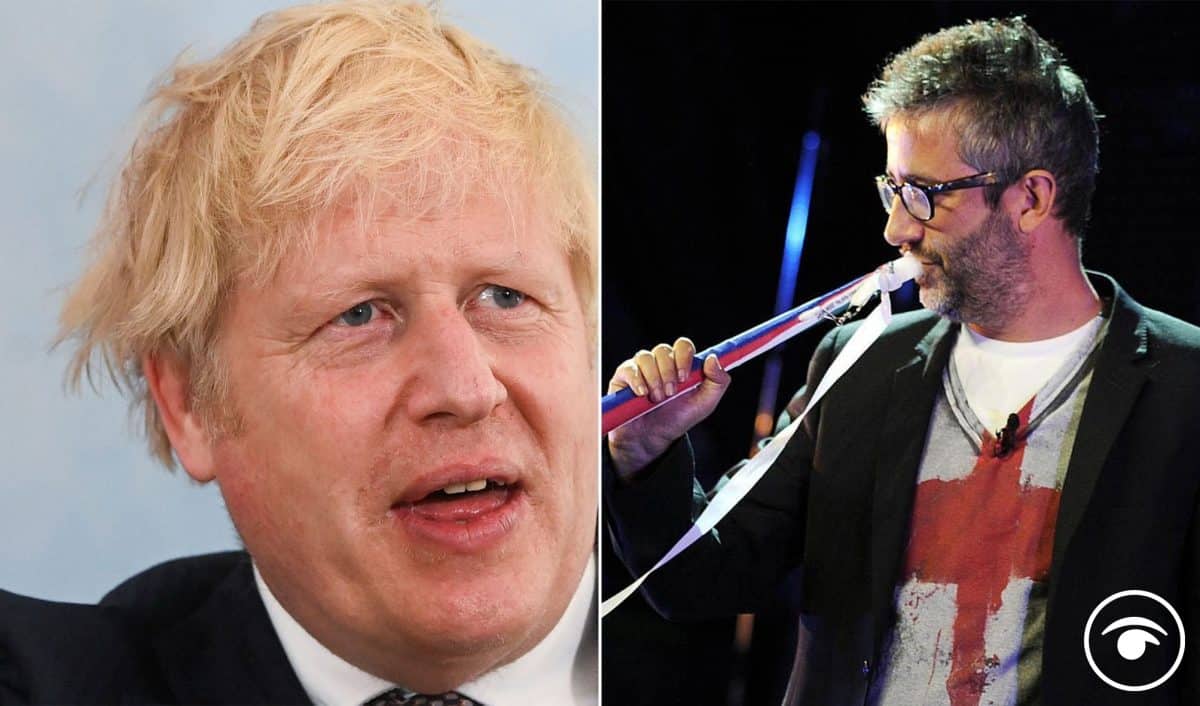 David Baddiel has accused Boris Johnson of playing a “culture war game” as the comedian urged football fans to support the England team in taking the knee during the Euros.

Downing Street has not backed the players’ decision to adopt the anti-racism gesture, instead only issuing a statement urging fans to be “respectful” and saying the Prime Minister “wants the whole country to get behind” the England team.

Players were met with boos by some fans when taking the knee at the Riverside Stadium in Middlesbrough prior to the friendly matches against Austria and Romania last week.

Players have rejected it is a political gesture and said the move is done to reinforce the message that racism and discrimination will not be tolerated.

Football fan Baddiel released song Three Lions (Football’s Coming Home) with Frank Skinner and the Lightning Seeds during Euro 96 and the track continues to be an anthem for England fans during major tournaments.

Asked whether Mr Johnson should say something about the booing, he told BBC Radio 4’s Today programme: “I don’t know what Boris Johnson should or shouldn’t do. He probably should.

“Boris Johnson is playing a culture war game, like the rest of politicians at the moment.

“They’ve seized upon anything like this, thinking that appeals to what they imagine is their base.

“That’s what’s going to be in Boris Johnson’s mind, I think more than whether or not he should straightforwardly support the England team and what they do.

“He’s not really a football fan anyway, I think.

“I basically think let’s get behind the team, and the team are doing this and it’s a good statement.

“A lot of the players have suffered racism. It’s a really good statement essentially, and we should just support them in doing it.”

In an open letter to England fans in The Players’ Tribune, England manager Gareth Southgate said he has “a responsibility to the wider community to use my voice, and so do the players”.

He added: “It’s their duty to continue to interact with the public on matters such as equality, inclusivity and racial injustice, while using the power of their voices to help put debates on the table, raise awareness and educate.”

Baddiel praised the letter as “heartfelt and personal” and said he hopes it “changes some hearts and minds”.

“You are there in the crowd, which thankfully they’re back, allowed to be in the crowd, to help the team, gee them up, make them feel like they’re playing for England and playing for us the people, and I just think booing them just before they start playing is such a bad idea.”

Related: A survey has revealed the number of incidents of racism reported in schools over past three years