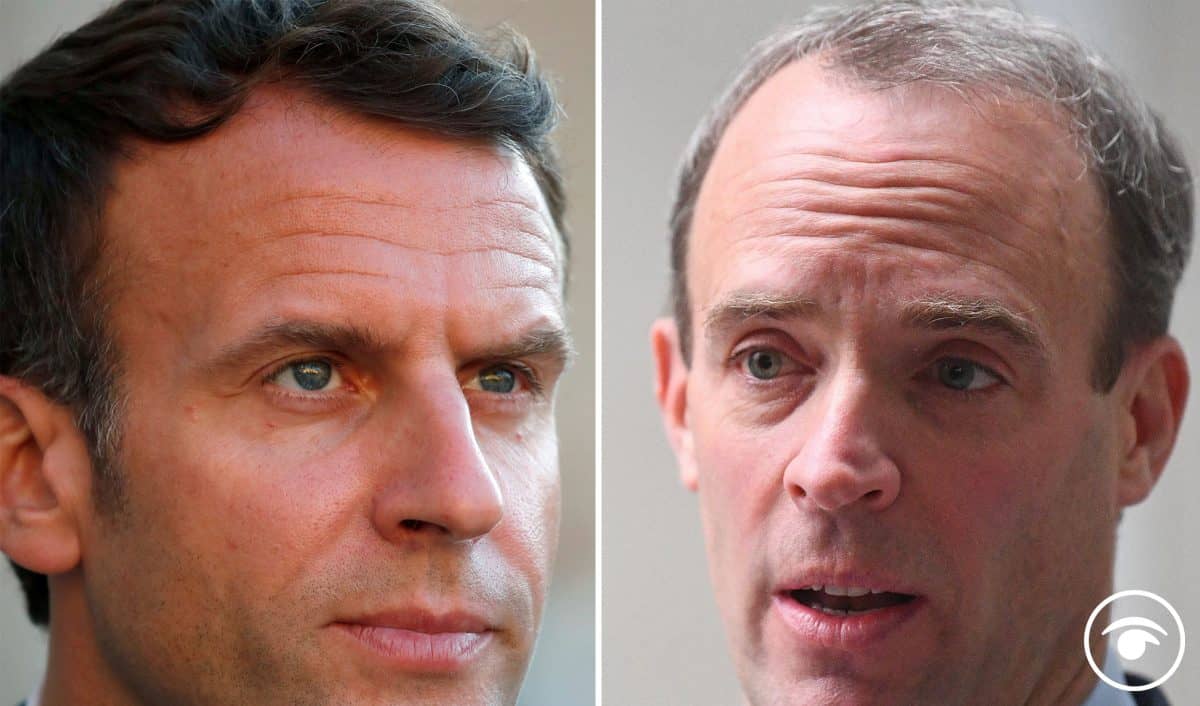 Another Brexit stand-off is developing into a row, as world leaders gather for the G7 summit in Cornwall.

Asked about British demands for aspects of the protocol to be reworked, Macron said: “I think this is not serious – to want to have another look at something in July that was finalised in December after years of discussions and work.”

“We have a protocol,” he continued. “If after six months you say we cannot respect what was negotiated, then that says nothing can be respected. I believe in the weight of a treaty, I believe in taking a serious approach. Nothing is negotiable. Everything is applicable.”

In response, Raab told Sky News: “the ball is very much in the EU’s court” with regards to the implementation of the Northern Ireland Protocol.

The foreign secretary told Sky News the EU must be “less purist, more pragmatic and more flexible” on the matter, adding that the bloc’s approach “is the risk to the Good Friday Agreement”.

He also said the the PM and Biden “didn’t linger” on Brexit, during their discussions.

Mr Raab said the prime minister was able to explain that “we want a flexible, pragmatic approach”.

“But for that to happen the EU must be less purist, more pragmatic and more flexible in the implementation of it,”

“The ball is very much in the EU’s court in relation to that.

He continued: “There was a respectful conversation. The prime minister wanted to raise it and be very clear on our position.

“It is the dogmatic, purist approach that the EU has taken which is the risk to the Good Friday Agreement.”

Dominic Raab – “We want a flexible, pragmatic approach to the Irish protocol, but the EU must be less purist, more pragmatic & more flexible in the implementation of it… the ball is very much in the EU’s court.” ?#KayBurley pic.twitter.com/E937bcgPjX