In one case a pupil wrote "KKK" on a black pupil’s locker. 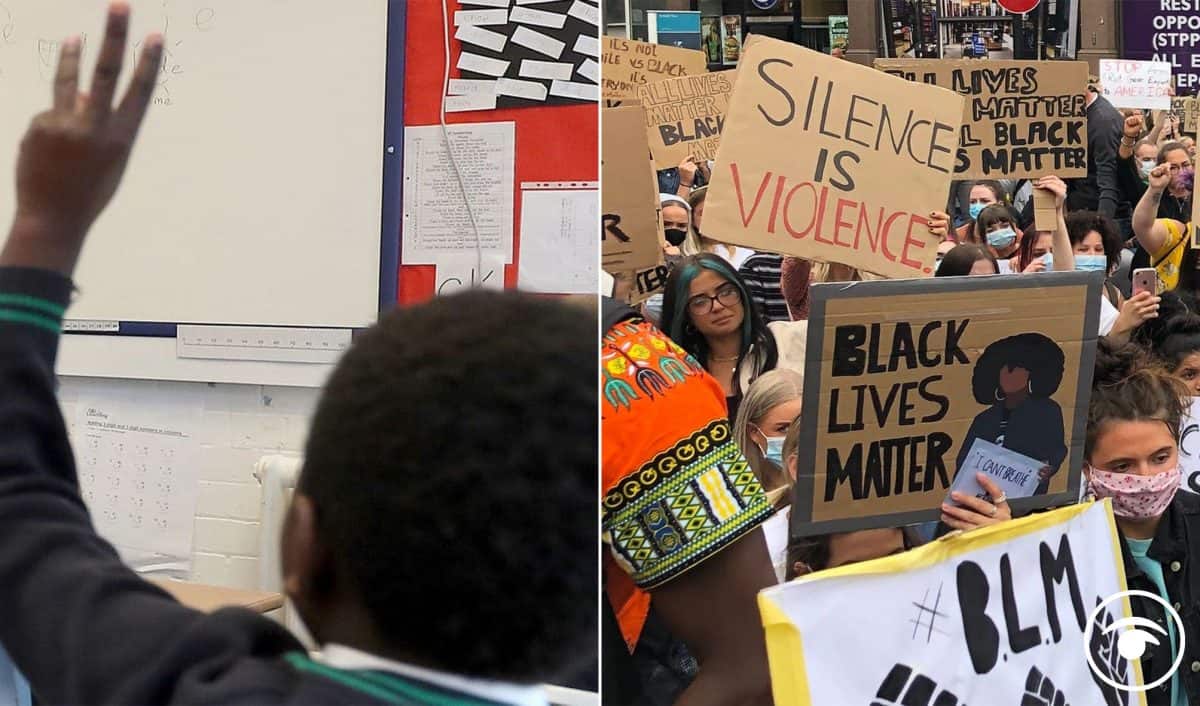 More than 2,000 incidents of racism have been reported in schools over the past three years, a new survey has revealed.

Shocking incidents included a pupil shouting “ISIS” to a group of girls wearing headscarves and inappropriate comments about people from China in relation to covid.

In another a pupil wrote “KKK” on a black pupil’s locker, according to charity Show Racism the Red Card

Charity chiefs have been consulting with over 700 teachers from councils across Scotland.

They warned findings show the worrying scale of racism within schools amid pleas from teachers for anti-racism to be part of national curriculum reform.

Parent Ann Ashaye is campaigning for the Scottish Government to do more to tackle racism in school, after her daughter endured months of racist bullying at high school.

She said: “My daughter experienced racism and prejudice based bullying in school and the community, and it caused her to attempt suicide twice as she felt so low.

“It was a very harrowing experience as a parent, I reached out and Show Racism the Red Card responded with kindness and support, they also provided the opportunity for the school pupils to engage with their programme.

“Within a week the pupils who had previously harboured prejudice had contacted my daughter and myself to give their apologies.

“They told us that they didn’t realise the impact that racism had and that it was a life lesson, they are now actively anti-racist and educating their families.

“This allowed my children to feel confident and comfortable in the community again.

“Our experience demonstrates the vital need for the work that Show Racism the Red Card does and how far reaching their positive affect has, not only on school pupils but to the wider community.”

The charity has written to the Scottish Government calling for anti-racism’s inclusion within the national curriculum, following the announcement of a similar move in Wales.

Some 48 per cent of teachers are aware of a pupils expressing negative attitudes relating to skin colour, 38 per cent relative to religion and 37 per cent to nationality.

Some 61 per cent of teachers expressed a lack of confidence as a barrier in educating pupils on anti-racism.

Just 24 per cent said they have received training on how to recognise, respond to and report racism.

There were 2,251 racist incidents recorded in Scotland’s schools over the last three years.

And 93 per cent said anti-racism must be included within the curriculum.

Jordan Allison, Campaign Manager at Show Racism the Red Card, said: “Teachers have volunteered their very limited time to share their experiences with us and have a clear desire to foster anti-racist classrooms, however they are struggling with the lack of support available to them.

“We plan to release the study in full after reaching 1,000 respondents however as it stands, more than half of 780 respondents have asked for a follow-up on workshops and resources.

“Our charity needs more support from Government and local authorities.”