The back-to-back champions have a central defender less following the departure of Vincent Kompany. 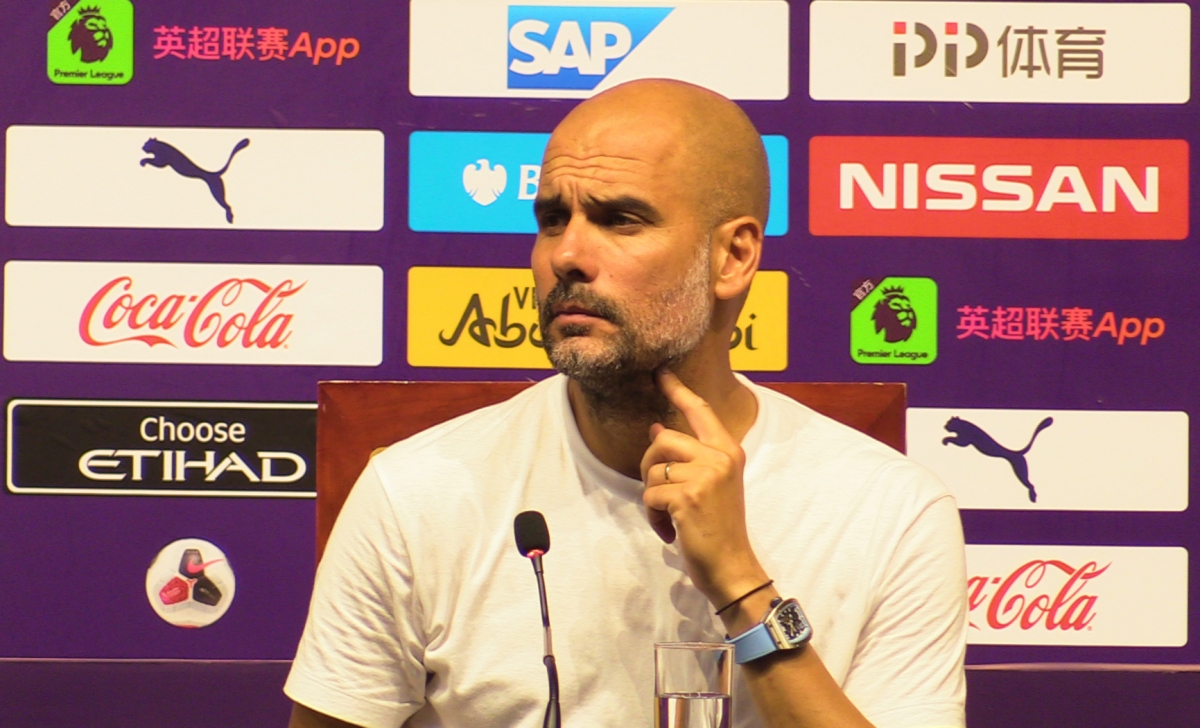 Pep Guardiola claims it is not vital Manchester City sign a new centre-back before the start of their latest Premier League title defence.

The back-to-back champions have a central defender less following the departure of Vincent Kompany at the end of last season.

City have been linked with Leicester’s Harry Maguire but, even if a new face does not arrive, Guardiola feels he is well covered in the position with Aymeric Laporte, John Stones and Nicolas Otamendi.

The City boss said: “We are so happy with the squad we have. I don’t know if the players here will stay or new players will come, but I am delighted with the players we have.

“Maybe (we will buy) but we have three incredible central defenders and Fernandinho can play in that position. We will see.”

One player continually linked with a move away from City is winger Leroy Sane, with Bayern Munich making public their interest in the player.

Guardiola was speaking at a press conference in China where City are involved in the Premier League Asia Trophy. They face Wolves in the final in Shanghai on Saturday after beating West Ham in Nanjing on Wednesday.

It has been a difficult trip for City so far after their flight from the UK was twice delayed due to an administrative problem. Consequently they had little time to acclimatise or overcome jetlag before facing the Hammers after they arrived on Tuesday.

Guardiola was asked bluntly if he was happy to be in China. He replied equally firmly with “yes” but was cryptic when asked how seriously he was taking the tour.

“As much as possible,” he said.

Guardiola did admit that the hot and humid conditions in China were making it difficult to train effectively.

He said: “We try to sleep during the night. We want to survive. We have incredible jetlag. We cannot train, we need to keep energy for the match day.”

City are without a number of senior stars on the trip due to international commitments and have bolstered their squad with players from the youth ranks.

Guardiola said: “We are delighted to bring young players to play with the first team.

“When we arrive at the start of the season, Argentina and Brazil are playing competitions from last season, so (their players) can’t be here. They need time to rest.

“But we need to play games after a week (of training) with humidity, jetlag, (after a) 22-hour flight.

“They (young players) give another alternative for us. It’s a friendly but it’s an official game against teams like West Ham and Wolves. That’s why they are here.”