Device holder in the form of iconic video game character 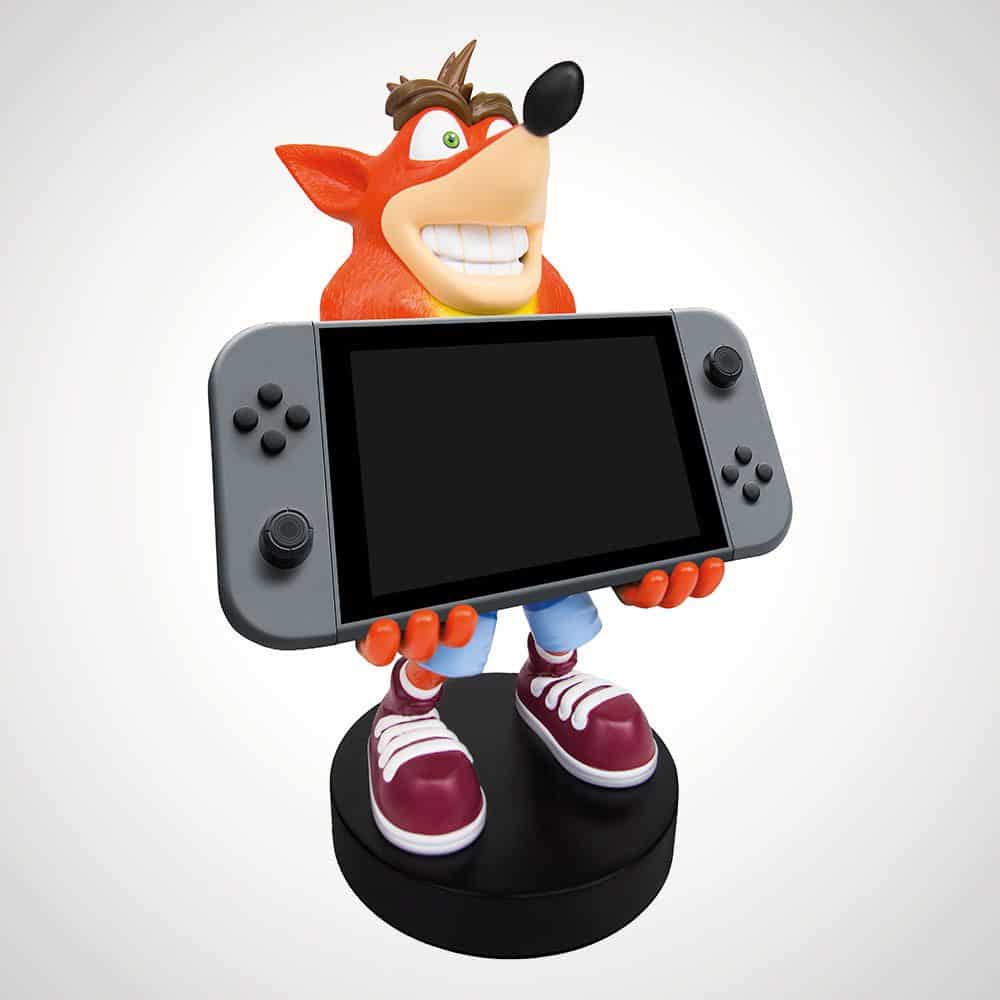 Ever since Naughty Dog’s original Crash Bandicoot game, released for the Playstation in 1996 and seized upon myself a few years later, I’ve had an affinity for the marsupial (not a fox) and his crate smashing ways.

When Vicarious Visions released an updated version of the original trilogy in 2017 it awakened a flood of nostalgia and also won over a new generation of fans. The release of this behemoth 12 inch device holder, in which the Crash Bandicoot figurine can hold anything from a controller to a phone, roughly coincides with the subsequent  updated and rereleased version of the original Crash Team Racing this year.

As a preexisting fan of Crash merchandise (I also have an ‘All I Wumpa Christmas Is You’ Xmas jumper), this figurine, officially licensed from The Cable Guys, is a welcome addition to my living room as a shrine to my arrested development.

Aesthetically this Crash Bandicoot shows a strong finish and paintwork, in an overly bright and cartoony way which reflect the wacky antics of the platformers he originated from. Retailing at £24.95, which is perhaps a little pricier than expected, the device holder also comes with a Micro USB cable that is ideal for PS4 controllers and many other charging ports.

If there were to be any complaints, it’s got to be about the ears. Someone pointed out to me that the inside of them should be brown, and now I can’t shake that out of my head to the point I might have to grab paint and a brush sometime. Actually charging a controller while it rests on Crash’s hands can be a little bit of a balancing act too.

Since at least 1998’s Warped Crash’s sister Coco has been less a peripheral character than a supporting main for the franchise, and an equivalent figurine as her older brother would also be a hit with fans for sure.