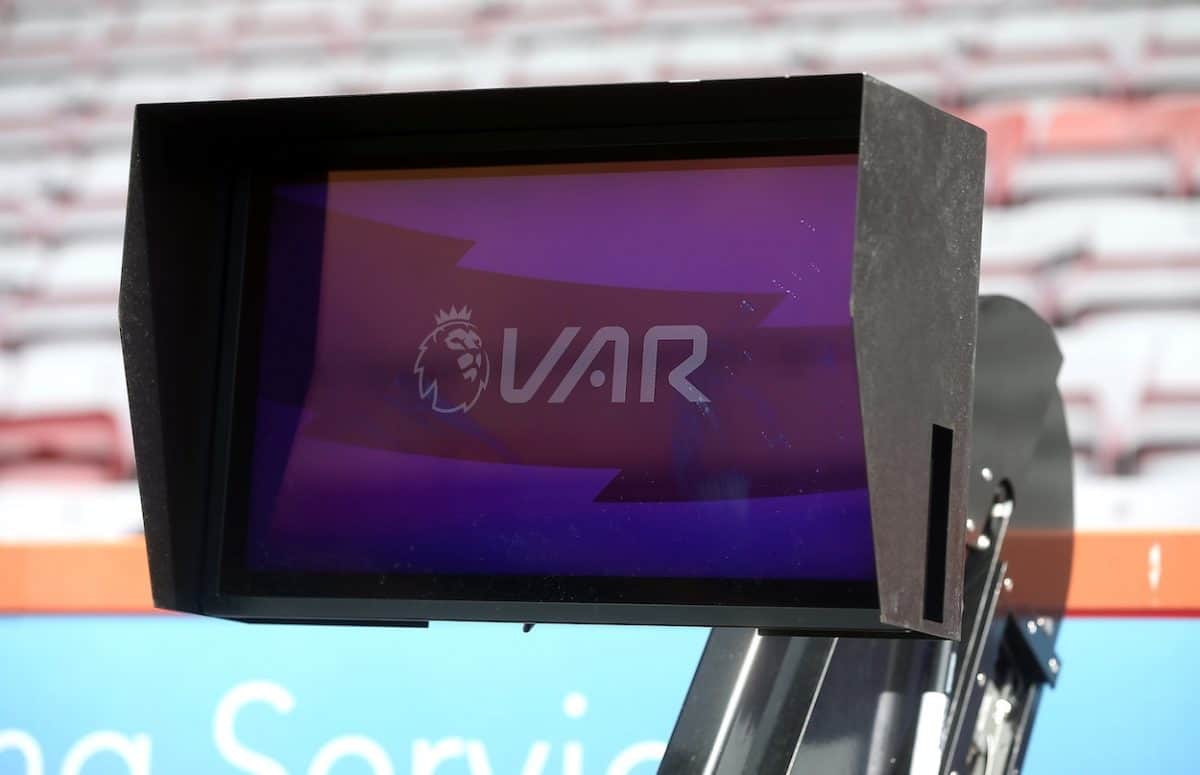 Three decisions were overturned in the 10 matches, with Manchester City and Wolves each having a goal disallowed by VAR.

City’s luck later evened out at West Ham as Sergio Aguero’s saved penalty was retaken, because Declan Rice had encroached into the area and then cleared the ball.

“I know the majority of what VAR did at the weekend was good – corrected some decisions that would not have been – but if you gave me the choice I’d knock VAR on the head.”

Murphy was highly critical of City’s goal being disallowed in their 5-0 win at West Ham through the tightest of offside calls.

bro why is this VAR ting so mad at meee ?? still happy with the three goals & moreover with a great victory to start the new season… Let the race begin ?? @ManCity pic.twitter.com/P02J5K7A1K

VAR adjudged Raheem Sterling to be offside by just a matter of millimetres before setting up Gabriel Jesus for a simple tap-in.

“Do we really want to see goals disallowed for an offside that’s an armpit ahead of another armpit by four millimetres?” Murphy said.

“He might be offside by four millimetres by the letter of the law. But it’s an entertainment business, isn’t it?

“And the Sterling goal that was allowed, there was muted celebrations.

“You could see he was thinking ‘Is this going to get taken away?’ and the Man City fans were clapping. It was like applause at the end of the ballet!

“I went to the (VAR) conference and it was helpful. I like the fact that they are really going to set the bar high in terms of overturning anything unless it’s a really bad decision.

“I like that mindset because that’s what helped the World Cup run smoothly in Russia and I understand where they are coming from.

“But it’s creating too many areas of chat, and I’d rather be talking about tactics and players.”

PA understands there were around 70 VAR checks on the Premier League’s opening weekend, compared to an average of around eight per game during trial matches and in other competitions already using VAR.

Former Premier League referee Dermot Gallagher felt VAR had proved its value and insisted the system’s operation will become smoother during the course of the season.

“You have to remember it’s day one, Gallagher told Sky Sports.

“It will get quicker and slicker, because on the first day no VAR wanted to be in a position where it was rushed and he made a mistake.

“So I can understand them taking a few extra seconds on the opening day.

“As it goes on week by week, the operators will get things to them a lot quicker and it will get a lot slicker.”

Gallagher also dismissed claims that Jesus’ goal at the London Stadium should have stood because the call was so marginal.

“I don’t think however good an assistant referee is he would spot those,” he said. “It just shows how effective VAR is and that’s what people ask for.

“That’s a defining line and offside is exactly the same. I don’t see any difference.”