Twenty-to-one outsiders Doncaster Rovers descend on the Emirates this evening for a third round clash with Arsenal. As far as the pundits are concerned it’s a no-brainer, a much-needed whitewash for the Gunners amid sustained pressures at the top and a brief respite for under-the-cosh Wenger before a Monday night clash with West Brom. But […] 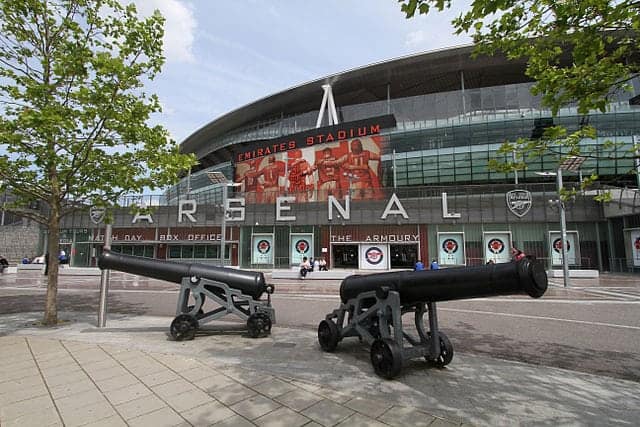 Twenty-to-one outsiders Doncaster Rovers descend on the Emirates this evening for a third round clash with Arsenal. As far as the pundits are concerned it’s a no-brainer, a much-needed whitewash for the Gunners amid sustained pressures at the top and a brief respite for under-the-cosh Wenger before a Monday night clash with West Brom. But before you get too comfortable it’s worth remembering the last time the two teams clashed on a chilly December evening in 2005.

The Situation was thus. Rovers had taken an unlikely early lead thanks to a Michael McIndoe (think dynamic Scottish winger come infamous businessman) goal which was squeezed under Manuel Almunia from the byline. Arsenal, who had fielded a relatively strong squad with the likes of Senderos, Silva, Hleb and Van Persie all starting, managed to equalise before the break thanks to a deflected shot by Quincy Owusu-Abeyie which forced the game into extra time.

Que a first half repeat. Rovers took the lead again after a Senderos and Almunia mix up in the box which gifted Paul Green a tap-in, and with minutes left on the clock it looked like Donny were about to pull of a third successive shock after knocking out Aston Villa and Manchester City from the cup. But it was not to be. Gilberto got on the end of Emmanuel Eboue’s cross in injury-time to force penalties, which the Gooners eventually won 3-1.

But can Arsenal expect to face the same sort of threat tonight?

Rovers arrive at the Emirates tonight after a shocking run of form. The South Yorkshire outfit have won just one of their opening eight games in the league, with a lacklustre performance against local rivals Scunthorpe at the weekend. But last year’s League 2 performance showed the club has plenty in its locker.

First to their talisman and only remaining survivor from the ’05 clash James Coppinger. The captain recently surpassed 500 appearances for the club and appears to be going from strength to strength for the Vikings, dictating play from the centre of the park and feeding a striking trio that amassed almost 40 league goals between them last year.

Leading the charge is John Marquis, who was named EFL League Two PFA Team of the Year last season and is a real threat upfront. With Alfie May by his side they can cause a real headache for defences, and Andy Williams’ experience will also be crucial for the club if he’s relied on tonight.

Other players to look out for include Tommy Rowe, Matty Blair and local boy Liam Mandeville.

Despite the odds being stacked in Arsenal’s favour Doncaster have held their own against big clubs this year, beating Hull City 2-0 and Blackburn Rovers 3-1 away. With youngsters due to start for the Gooners a single goal either way could decide this one, so expect the unexpected.