Industry spokespeople have been quick to condemn its presence, saying the red box is a rare exception and the vast majority of briefcases adhered to strict lockdown rules in place at the time. 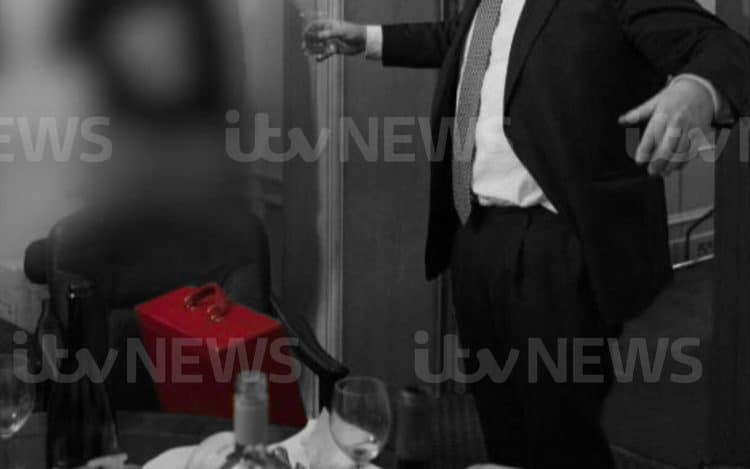 The prime minister’s red box has said it wasn’t aware that copious amounts of wine bottles indicated a party was happening as it faces scorn from within the briefcase industry.

Pictures leaked by ITV News appear to show the red box was front and centre of celebrations to mark the departure of Lee Cain on November 13th 2020.

The case, carrying official government papers, is pictured balancing on a chair next to the PM as he addresses the group, with his arms wide and face expressive in one image and holding a drink in the air in another.

But the despatch box, produced by Barrow Hepburn & Gale, who have moved to distance themselves from its production, says it thought the event was work-related and had no idea that his carrier was clearly tipsy at the time.

“From what I could see, they were all working,” the red ministerial box said.

“I’ve been in plenty of those meetings where the PM just waves his arms around like one of those wacky waving inflatable tube guys and dribbles nonsense.

“How was I to know this was any different?”

The briefcase industry has been quick to condemn its presence, saying the PM’s red box is a rare exception and the vast majority of briefcases adhered to strict lockdown rules in place at the time.

An official spokesperson said the despatch box has given the industry a “bad name” and added fuel to the previous speculation that it rarely carries anything more than crayons and drawings sketched by the PM in meetings.