“Twice these cretins have approached me, targeting ethnic minority candidates demanding we apologise for things going on in Pakistan." 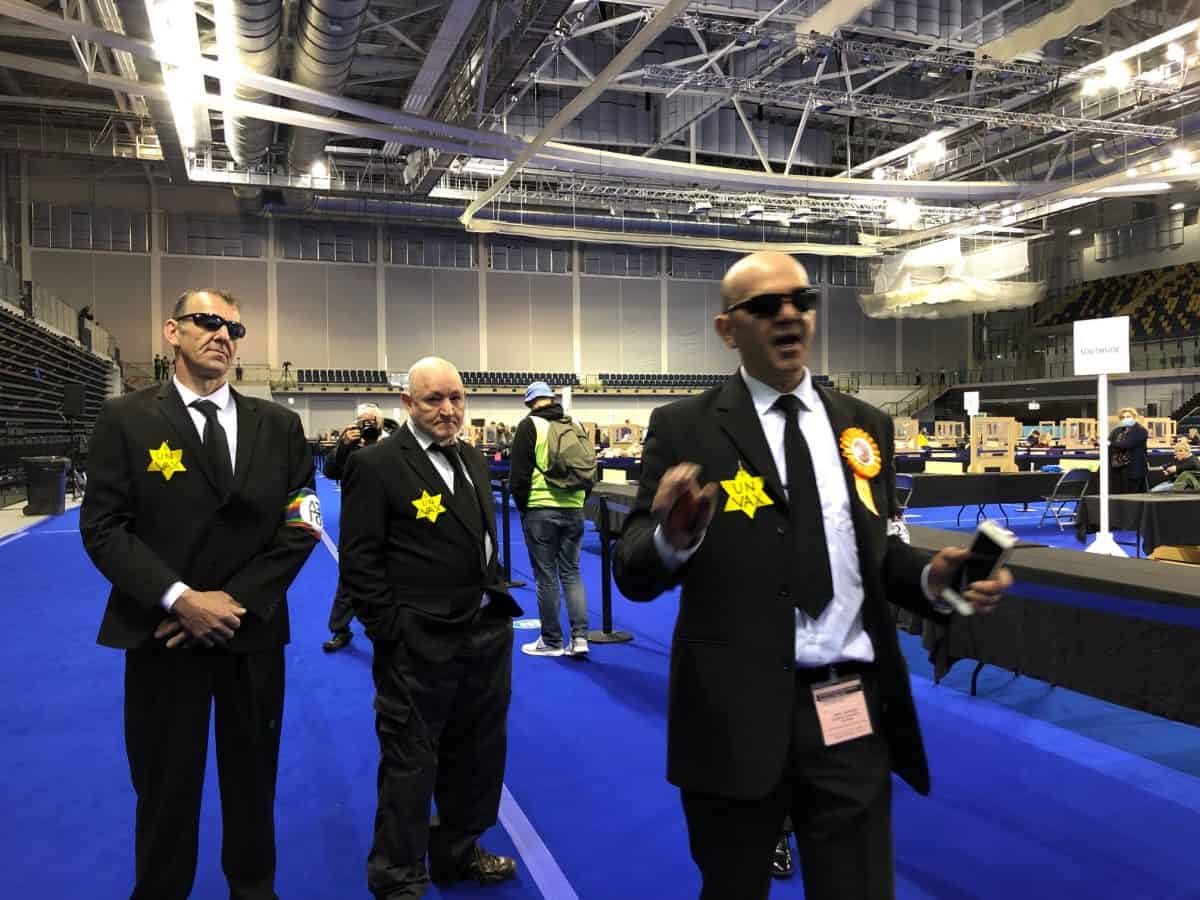 Members of an anti-vaccine party made a “beeline” for Scotland’s Justice Secretary Humza Yousaf at the Glasgow election count – before members of other political parties joined the SNP to confront them.

Yesterday Nicola Sturgeon confronted the former deputy leader of Britain First and said: ‘you’re a fascist and a racist.’

It comes as the SNP will be the “leading and largest party” in the new Scottish Parliament, Deputy First Minister John Swinney has declared – though he said it is still too early to say if the party will win an overall majority at Holyrood.

Mr Swinney, also the Education Secretary in the Scottish Government, comfortably held his Perthshire North seat, increasing his majority over the Tories.

His was among the first handful of seats to declare as votes were counted after polling day on Thursday.

The coronavirus pandemic meant that traditional overnight counting was impossible, with the results instead being announced over the course of Friday and Saturday.

Mr Swinney said the SNP – led by Nicola Sturgeon – is on track for an “historic” fourth term in power at Holyrood.

He said: “It is an enormous pleasure to see the prospects of the return of an SNP government for a fourth historic term, given the scale of the vote that my party is experiencing the length and breadth of the country.”

In Blackford Tweeted: “The news that turnout is up across Scotland is a victory for democracy and shows people are engaged in this historic election

“I’m proud @theSNP extended the vote to 16 & 17 year olds, refugees and foreign nationals with leave to remain – with many voting for the first time.”

The news that turnout is up across Scotland is a victory for democracy and shows people are engaged in this historic election.

??????? I’m proud @theSNP extended the vote to 16 & 17 year olds, refugees and foreign nationals with leave to remain – with many voting for the first time.