Labour, in contrast, attracted just 32 per cent of the vote. 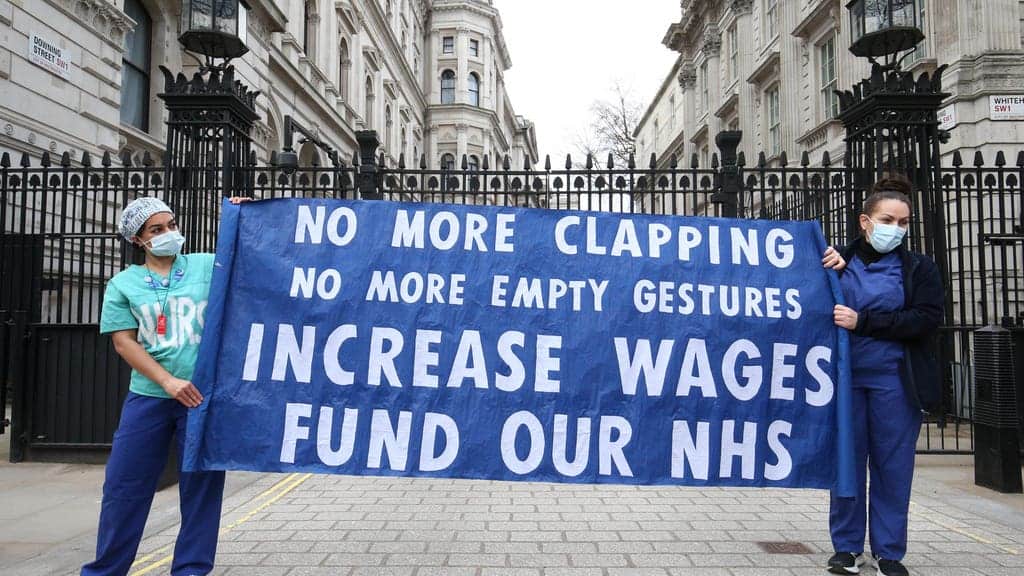 A massive 42 per cent of healthcare workers voted for the Conservative Party in this week’s local elections, according to polling undertaken by NursingNotes.

Despite promises of a meagre 1 per cent pay rise and difficulties throughout the pandemic, more frontline health workers would side with Boris Johnson’s party than Labour, which attracted just 32 per cent of the vote.

That contrasts starkly to a previous survey carried out during the 2019 General Election that found 82 per cent of healthcare workers voted Labour compared to just 6 per cent who voted Tory.

Speaking to NursingNotes, one nurse justified her decision on the survey; “The Government’s top priority must be to fix the economy and boost employment.

“I (reluctantly) voted for my local Conservative candidate as I know they will do what needs to be done to do this.”

“While Labour is the party of the NHS, the Conservatives are the part [sic] of the economy,” she concluded.

Last month it was revealed that NHS nurses in England will receive a pay increase worth less than half a roll of Downing Street wallpaper this year.

Boris Johnson and his partner Carrie Symonds splashed out up to £200,000 on a refurbishment of their flat, including wallpaper that cost £840 a roll.

The 1 per cent pay increase offered to nurses in March equates to just £330 additional income per year for the average nurse and just £250 for a newly qualified Band 5 NHS Nurse.