"John Bercow just tore the spine out of Robert Jenrick I saw the light die in his eyes." 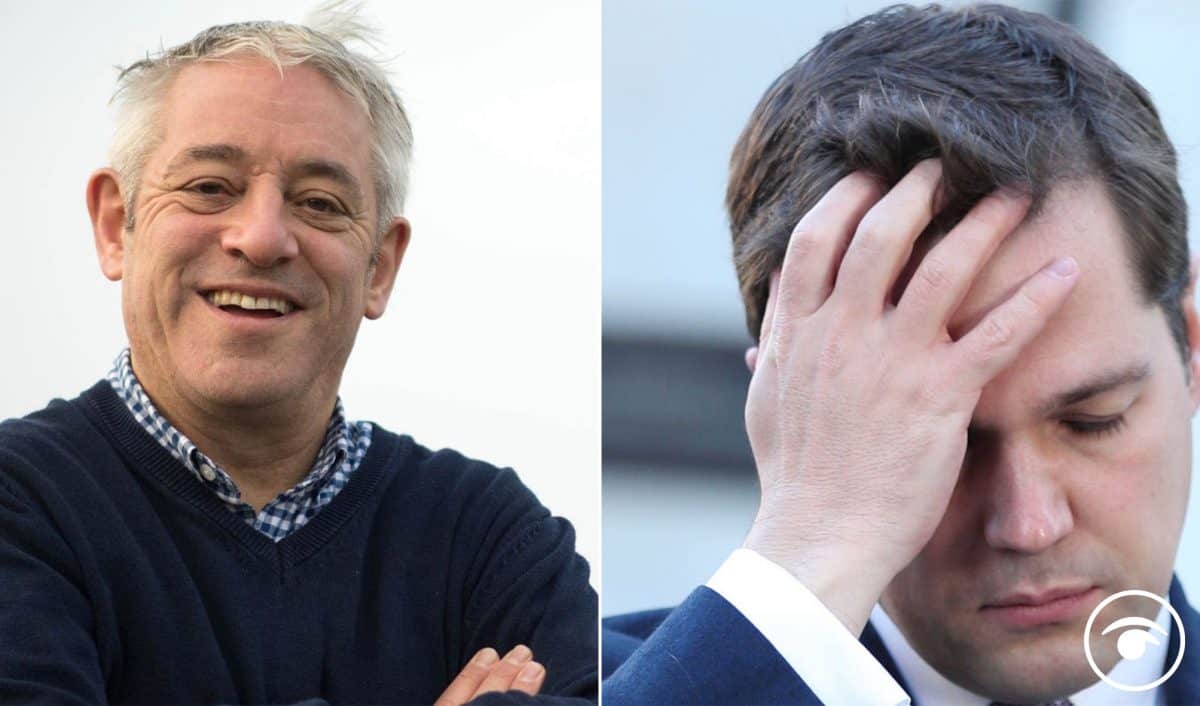 Yesterday HMS Severn and HMS Tamar were deployed in response to fears the French boats could blockade St Helier, while the French maritime authority for the Channel sent two police vessels to the area “to ensure the protection of human life at sea”.

The authorities in Jersey have now promised further talks to help resolve the row, but the French government hit out at a “British failure” to abide by the terms of the UK-EU trade deal and warned it would “use all the leverage at our disposal” to protect the fishing industry.

The European Union also accused Jersey of breaching the deal signed by the UK and Brussels.

Communities Secretary Robert Jenrick said efforts would be made to resolve the dispute with Emmanuel Macron’s government and the EU.

“What we have done is make very clear to the French ministers who said some very unwise and disproportionate comments that we will stand with the people of Jersey,” the Cabinet minister said.

On Question Time last night Former Commons Speaker John Bercow says No. 10’s actions were “juvenile and down market” after the UK sent the navy vessels to Jersey.

He said: “It’s an absurd act of gunboat diplomacy. It’s a bit of jingoistic sabre-rattling. And if you tell me that the despatch of those ships and the fact of election day are unrelated, I can say only that you will believe anything.”

Former Commons Speaker John Bercow says No. 10’s actions were “juvenile and down market” after the UK sent two navy vessels to Jersey over a fishing row with France. #bbcqt pic.twitter.com/e6Ud7KqL2U

But he wasn’t going to stop there, he then laid into Robert Jenrick, who had tried to paint Bercow’s parliamentary interjections as meddling in the process of Government.

He said: “It’s called standing up for the rights of the democratic legislature. I’ll introduce you to the concept. A tutorial would be of great advantage to the Government.”

Buckland: "John obviously sat in the chair using every device & opportunity to make it [Brexit] difficult"

Bercow: "It's called standing up for the rights of the democratic legislature. I'll introduce you to the concept. A tutorial would be of great advantage to the Gov"#bbcqt pic.twitter.com/vyVNOgJU0A

John Bercow slaps down Jenrick on #bbcqt and the silent shock from Jenrick and Bruce was class pic.twitter.com/lsMN9GNSr2

John Bercow just tore the spine out of Robert Jenrick I saw the light die in his eyes #bbcqt pic.twitter.com/i3DAJ8yoPW

Tonight I fully realised why John Bercow wasn’t given a peerage. The Tory Brexshiters hate his honesty. He can destroy them with words.

He makes Lindsay Hoyle look like a wimp in comparison