Yanis Varoufakis exclusive: To persecute Assange is to “murder the truth” 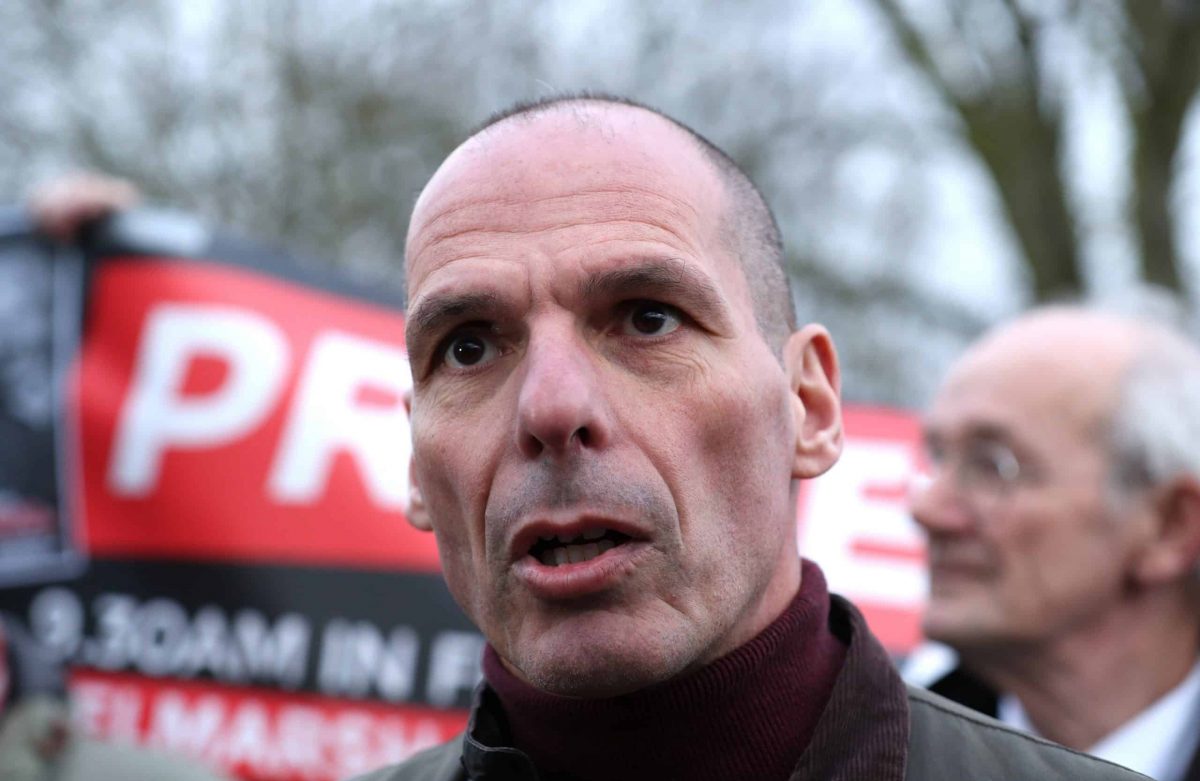 If the trial of Julian Assange has made one thing clear, it is that the US has immunity from alleged war crimes exposed by Wikileaks, Yanis Varoufakis told The London Economic at the Don’t Extradite Assange protest in London yesterday.

Speaking on Parliament Square the Greek economist and former finance minister of the Syriza Party warned that these are no longer the days of Daniel Ellsberg.

“The machinations of the establishment were not as sophisticated back then as they are post 911.”

“Absolute power leads to absolute tyranny. And the US government has enjoyed immunity from any kind of check and balance”, he said.

But the “scandalous way” that US authorities have so far been allowed to “eves-drop” on conversations between Assange and his lawyers “effectively guarantees that this trial is going to be lost”.

As far as Varoufakis is concerned though, the fight for freedom does not end there.

He added: “There are great hopes for the next step when we appeal, because there will be judges in this country who will see this as a fantastic opportunity to assert their independence and dignity against a crime perpetrated not just towards Julian, but the Magna Carta, and basic civil liberties.”

But to persecute Assange, he said, is to “murder the truth”.

Varoufakis has already said in the past that Assange, who was facing allegations of sexual abuse under a rape inquiry dropped in November 2019, was not given the chance to face his accusers without risk of extradition to the US. Had he been given this opportunity, he said it would not only have been a move that “empowered women”, but it would also have “protected whistleblowers.”

He told The London Economic: “Julian is being persecuted for embarrassing national security operators and the American military by telling truth. He has allowed us to know what was done in our name while we were ignorant. That is what matters.

“So whether it’s the Arab Spring or the political revolution that is now supporting Bernie Sanders, you find links between the truth and political events left, right and centre. What matters right now, is that we do not obliterate the truth by allowing the British and American state to murder Assange.”

But Varoufakis said he is not convinced by actions taken in support of whistleblowers at EU level.

He said such gestures as the Whistleblower’s Directive, launched several months after Assange’s arrest at the Embassy of Ecuador, shows how the EU “is remarkably good at creating beautiful directives that warm our hearts,” but which are “only labels covering up the absence of truth with packaging.”

He added: “The EU is brilliant at creating the resemblance of a humanitarian and progressive policy setting. Look at the Green Deal, which they are now presenting as a one trillion euro leap to a green future. There’s no money involved in that.”

In the coming days, Varoufakis said he planned to release the recordings of EU meetings which were not officially documented. “For five years now, they have been lying about what’s going on there. So much for European transparency.”

The release of the recordings dubbed ‘Euroleaks’, he said, will expose the EU’s internal decision making process and why its reform is necessary for upholding democracy.

But he said Assange and Wikileaks are “not favoured anywhere”, as also seen by past media reports claiming Wikileaks and the exposure of western secrets are beneficial to Russian Prime Minister Vladimir Putin.

“Julian has created this digital postbox so anyone can put information there that would be in the public interest. He cannot control who puts what into this postbox. What he can control, is that it is accurate. That is his job”

“And as for the benefits to Putin, Russia, Iran and so on from any Wikileaks exposés, let me put it this way: Mr Putin is sitting in his office in the Kremlin watching the US establishment and the EU, and killing himself with laughter because everything they do strengthens him.

“It is not Wikileaks that sucked in Putin, it was the comedy of errors in the foreign and economic policies of Europe and the US. Look at the way Trump abandoned the Kurdish fighters who helped the west defeat ISIS, they abandoned them and allowed free space to Putin’s troops.

“Now, the west is working for Putin, not as a result of any strategic plan, but as a result of immense idiocy. So let’s stop this rubbish about Wikileaks helping Putin; Putin’s best friend is Donald Trump and the EU.”

Julian Assange’s trial began for a week on Monday 24 February. Proceedings will resume again for a period of three weeks, beginning 18 May. He faces an 18-count indictment under the US Espionage Act for publishing classified diplomatic documents exposing alleged war crimes in Iraq and the U.S, and secret reports detailing ill-treatment of detainees in Guantanamo Bay. Assange could face 175 years in jail if taken to stand trial in the US.