Why is an industry responsible for just 12,000 jobs across 6,000 vessels in the UK such a headache? 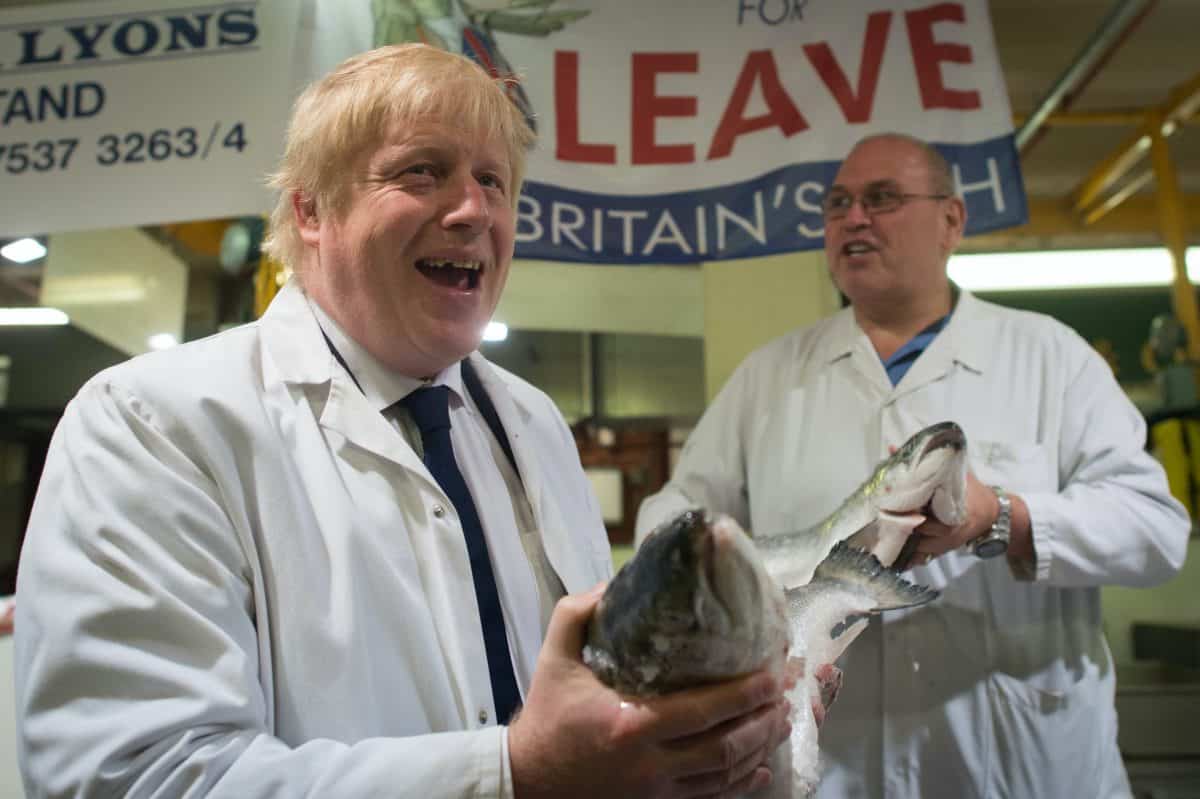 One of the many unintended consequences of Brexit is that it’s forced millions of Britons to learn about one of its most historic and symbolically significant industries: fishing.

As trade talks between London and Brussels drag on, fishing – who gets to do it and where – remains a sticking point. But why is an industry responsible for just 12,000 jobs across 6,000 vessels in the UK such a headache?

It all revolves around something called the Common Fisheries Policy (CFP), a bugbear of British fishermen which, they argue, has cost scores of jobs and livelihoods.

Many fishermen believe that their sector was hung out to dry to secure Britain’s place in the European Economic Community – the European Union’s predecessor – back in 1973.

Under the CFP, EU countries’ fishing fleets have total access to each other’s waters beyond the first 12 nautical miles out from the coast – with some special exceptions allowing foreign fishermen closer still.

That’s where the London Fisheries Convention, signed in 1964, comes into play. That agreement permitted vessels from France, Belgium, Germany, Ireland and the Netherlands to fish inside the UK’s 12 mile zone – and for it to do the same off the coastlines of other signatories.

Annual limits are agreed by Brussels for the volume of fish that can be caught from each stock – with national quota for that stock then divided up using a template predicated on historic fishing patterns. Overall, more than 60 per cent of the tonnage landed from British waters is caught by foreign boats.

Brexit was supposed to put an end to system, with the taking back of control of Britain’s waters – and thus, its fish – a central plank of Vote Leave’s winning formula back in 2016.

Politically, fishing remains a vitally significant industry. “For many people in coastal communities, leaving the Common Fisheries Policy is at the heart of getting Brexit done,” then fisheries minister George Eustice said in January.

In France too, areas like Brittany and Normandy – key fishing regions – will be vital in President Emmanuel Macron’s reelection race in 2022, spurring him to take a hard line in Brexit talks.

But – whisper it – fishing actually makes a fairly negligible contribution the UK economy. Although, in 2018, Britain caught almost £1 billion worth of fish, its gross value added contribution to the country’s economic output was 0.04 per cent. That year it contributed £784 million to UK GDP. Financial services, by contrast, put in £132 billion.

There is certainly something sentimental about Britain’s relationship with its fishing industry. We are, after all, an island nation – and the practice of catching, gutting and packing up fish has remained fairly similar over the centuries, giving us a tangible connection with our forebears – particularly in coastal communities.

But that emotional connection is not really reflected on the nation’s plates at dinner time. According to a south Devon fisherman interviewed by the FT last week, 80 per cent of the scallops, squid, sole and so on landed there is sent straight to Calais, and from there to markets in France, Italy, Spain and Germany.

The herring and mackerel caught by Scottish boats – where fishing does remain economically very significant – are hardly high up shopping lists when Britons head to the shops. When we do eat fish, it’s mainly the so-called “big five” – cod, tuna, haddock, salmon and prawns – most of which are imported.

So what happens next? Outside the EU – deal or no deal – the UK will be an “independent coastal state”, controlling a so-called exclusive economic zone (EEZ) stretching 200 nautical miles into the North Atlantic.

Britain wants to hold annual talks wit h Brussels on access and quotas, using a system that would work out who gets what based on the percentage of fish in each EEZ – as independent coastal states like Norway do.

But so bountiful are UK waters, the EU is keen to maintain as close to the status quo as possible – and wants only marginal change to “avoid economic dislocation” for its fishermen.

Compromise could involve the UK guaranteeing a certain level of access to EU boats – lower, but not by much – to today. The EU, in turn, may have to give the UK more of its catch back.

If there is no deal, the result for fishermen could be disastrous. Tariffs on exports would be catastrophic for businesses, likely taking many fishing boats out of the water. With so much at stake, it’s no wonder negotiators are taking so long to mullet over.