The long-term damage caused by a no-deal situation has been predicted to be worse than the economic hit from coronavirus, but the PM says we should be in "good cheer" as he heads to Brussels. 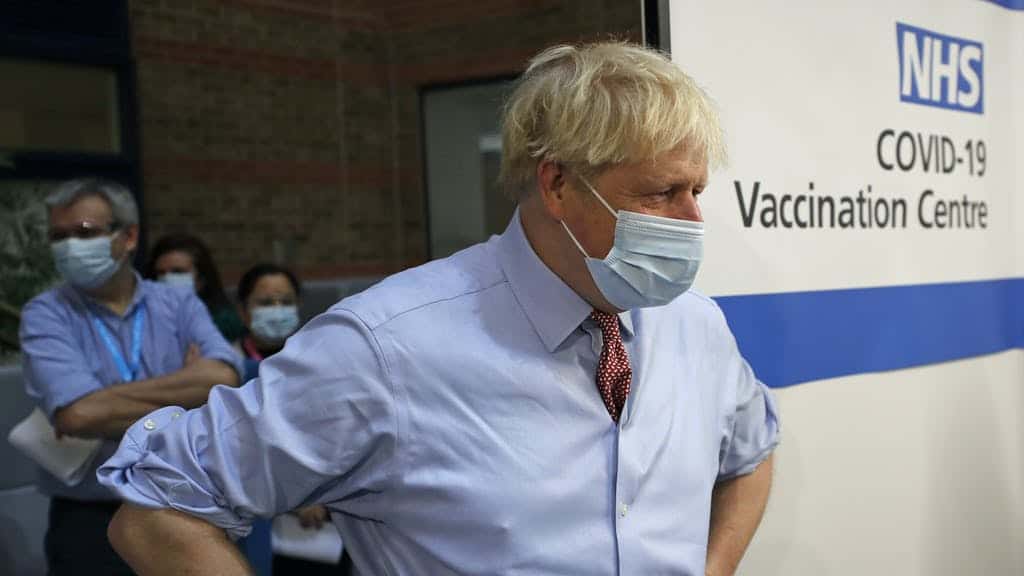 Boris Johnson warned that talks with the European Union on a trade deal were proving “very tricky” ahead of a crunch meeting with Brussels’ top official.

The Prime Minister said he was still hopeful about reaching a deal but it was proving “very, very difficult” to make progress.

Later this week Mr Johnson will head to Brussels for face-to-face talks with European Commission chief Ursula von der Leyen in an attempt to salvage a deal, with time running out before the current trading arrangements expire at the end of the month.

Mr Johnson said he hoped the “power of sweet reason” would triumph but Brussels had to accept there were limits to what terms the UK would be prepared to accept.

Talks have faltered on the issues of fishing rights, the “level playing field” measures aimed at preventing the UK undercutting the EU on standards and state subsidies, and the way that any deal would be governed.

In a message to Brussels, the Prime Minister said: “Our friends have just got to understand the UK has left the EU in order to be able to exercise democratic control over the way we do things.

“There is also the issue of fisheries where we are a long way apart still.

“But hope springs eternal, I will do my best to sort it out if we can.”

Here is the joint statement just now from @BorisJohnson and @vonderleyen on the situation in our talks with the EU. pic.twitter.com/dYYwAI20Y8

Mr Johnson’s trip to Brussels is seen as a make-or-break moment for the process after months of talks led by Lord Frost and the EU’s Michel Barnier.

The Prime Minister acknowledged that there may be a point where it is “time to draw stumps” and accept that a deal is impossible.

“There are just limits beyond which no sensible, independent government or country could go and people have got to understand that.”

He again insisted the UK will “prosper mightily” with or without a trade deal with the European Union, despite grim warnings from the budget watchdog and the governor of the Bank of England about the impact.

The Office for Budget Responsibility has suggested that a no-deal situation could wipe 2 per cent off gross domestic product, a measure of the size of the economy, in 2021.

Bank governor Andrew Bailey has warned that the long-term damage caused by a no-deal situation would be worse than the economic hit from coronavirus.

“Be in good cheer”

But Mr Johnson urged people to “be in good cheer” as there were “great options ahead” for the country.

Germany’s European affairs minister, Michael Roth, said “political will in London” was needed to get a deal.

“Let me be very clear, our future relationship is based on trust and confidence,” he said.

“It’s precisely this confidence that is at stake in our negotiations right now. We want to reach a deal, but not at any price.”

No day has yet been fixed for Mr Johnson’s meeting with Mrs von der Leyen, but it is expected later this week and follows a lengthy telephone call on Monday.

The Times reported that fisheries negotiations have continued to stall over how long any transition period would be for European trawlermen to adjust to agreed changes to fishing rights.

The newspaper said the EU wants a 10-year grace period, while the UK wants that pegged back to three.

Leaders of the EU’s 27 member states are due to gather in Brussels on Thursday for a two-day summit, potentially giving political impetus for a deal.

Mr Barnier reportedly told MEPs the deadline for the talks succeeding is Wednesday, but Downing Street said it was prepared to continue talks for “as long as we have time available” – keeping the door open for an agreement to be reached at or after Thursday’s EU Council gathering.

The UK leaves the single market and customs union at the end of December and businesses already face major changes to their trading relationship with the EU from January 1.

In a sign of the nervousness in Whitehall about the level of business preparation, Mr Johnson stressed the need for firms to get ready.

During a visit to a hospital in London he said: “Whatever happens, it’s going to be different on January 1.

“Whatever kind of deal we get, whether it’s going to be like Australia or like Canada, there is going to be change, and businesses and people need to get ready for that change.”

The Prime Minister wants a Canadian-style free trade agreement with the EU, but if he fails to achieve that the UK will deal with the bloc in the same way as Australia does – without a comprehensive deal, meaning the imposition of tariffs.