Joe Biden and Emmanuel Macron have "embraced some of the worst elements of isolationism." 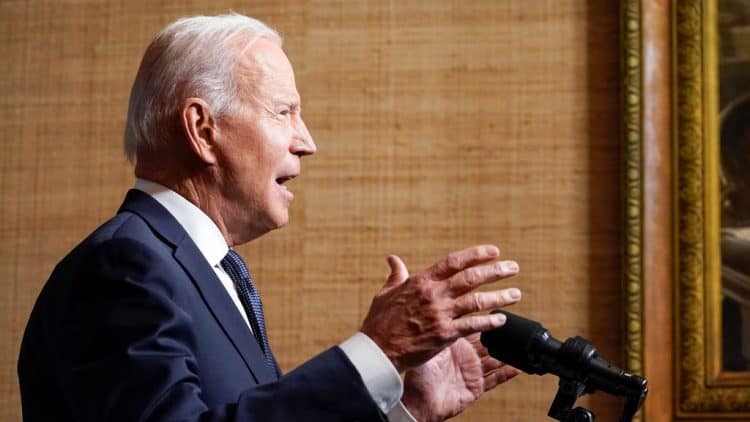 Emmanuel Macron has called on Europe to come up with a “robust” response to tackle increased migration flows from Afghanistan following thedramatic fall of the western-backed government to the Taliban.

The French president spoke out as troops were deployed to the capital to assist with the evacuation of nationals and local allies.

With the 2022 French presidential election in mind, he said: “We must anticipate and protect ourselves against major irregular migratory flows that would endanger those who use them and feed trafficking of all kinds.”

“Europe alone cannot bear the consequences of the current situation.”

The comments are a far cry from the promises of new French liberalism ushered in four years ago when his election win offered a clean slate for progressives.

As Louise Michel wrote in Prospect Magazine, “it was never meant to end this way.”

“In 2017, liberals elsewhere in the world—recently buffeted by Brexit and Trump—heralded the 39-year-old Emmanuel Macron as their next hero, a leader to follow in the “modernising” footsteps of Tony Blair and Canada’s Justin Trudeau.”

He was supposed to be asocial democrat and a patriotic voice of tolerance, squashing views trumpeted by far-right leader Marine Le Pen.

But instead, as distressing images from Kabul showed desperate Afghans attempting to leave the Taliban-led country by clinging to departing aircraft and falling to their death, he echoed her rhetoric.

Much of the same can be said of Joe Biden, who was out to defend the ‘messy’ US pullout from Afghanistan during a news conference last night.

“How many more American lives is it worth?” asked the Democratic president, later tweeting that “American troops cannot — and should not — be fighting and dying in a war that Afghan forces are by and large not willing to fight and die in themselves.”

69,000 Afghan soldiers died fighting against the Taliban. They don't deserve to be written out of history. https://t.co/jYLzS30Ca3

As George Eaton pointed out, some 69,000 Afghan soldiers have died fighting the Taliban, and they do “not deserve to be written out of history”.

In his words, it shows that both Biden and Macron – the two supposed saviours of liberalism – “have embraced some of the worst elements of isolationism.”