University teacher Abdollah said attempting to live under the Taliban would be "like a suicide attempt”. 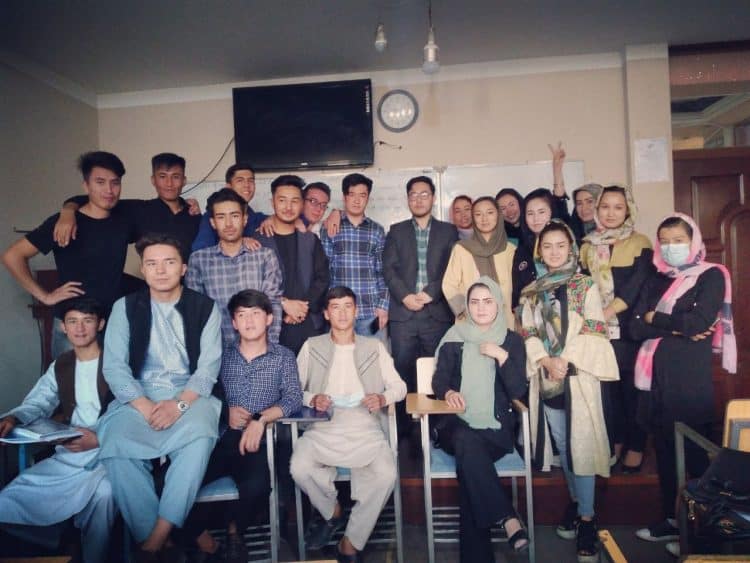 An Afghan university teacher, whose father was murdered by the Taliban, is in hiding in Kabul – and has pleaded with the US and UK to “come and rescue us”.

Abdollah, 33, questioned why the US and NATO had left the Afghan people “unprotected and defenceless” – and spoke of his “depression and anxiety” since the militant group captured the capital.

“I want to escape Afghanistan and find a safer place to live,” Abdollah – who was ten years old when the Taliban killed his father – told The London Economic.

“There’s no hope for people like me to flourish under Taliban administration. I have dreams to fulfil.

“What are Taliban going to do to us? What are the possible ways to get out?”

Abdollah, who worked as a translator for former Afghan Vice President Sarwar Danish, grew up in the western province of Herat – and was in the province when it was taken by the Taliban in 1995.

A member of the Shiite Hazara minority, which has been subjected to years of persecution and massacres at the hands of the Taliban, Abdollah described the state of shock in Kabul.

Banks have reportedly run out of cash and foreign currency has become scarce – while there are regular reports of thefts and burglaries.

“Everyone is thinking about running and leaving. Taliban are walking through the city with ugly appearances and in mass armed groups,” he said.

Other than his brother, who does not live in Kabul, Abdollah has no family in Afghanistan. The few friends he has in the city told him they would try to leave soon.

“I saw on my way people running and girls crying because there have been reports that the Taliban are approaching west of Kabul and the government security bases have fallen into their hands,” he told TLE.

“It’s beyond description, I could see the fear and horror in people’s behaviour. There were some police cars set on fire, office windows broken, and some people were changing their clothes.

“They don’t let girls go to university and won’t let modern curricula to be taught. That’s the end of my career – and also for the rest of the people who worked as public servants. The Taliban will appoint their own forces to government offices.

“There’s a fear that they will start searching for people with specific backgrounds and different mindsets. They wouldn’t let any potential threat to their administration to become real.

“It’s wishful thinking that they have changed. They are behind most of the deadly attacks targeting Hazaras in Kabul and other provinces. Their approach is violence and ethnic purging.”

Abdollah said his father was part of a failed Shiite coup to overthrow the Taliban in Herat – and was captured and killed as a result.

He remembers the era before the coalition invasion of Afghanistan in 2001 as “dark days”, recalling Hazara families being arbitrarily imprisoned and murdered.

The 33-year-old had hoped that the US – and the government of ousted president Ashraf Ghani – would “stay and protect 20 years of achievements”.

“There was so much work done in Afghanistan with the help of the global community: education, entrepreneurship, business, infrastructure. It was crazy to think that they were going to ignore that investment.”

“Now it’s all gone,” he said, adding: “I can’t imagine even living in another Taliban era and experiencing the same hardships I have been through already. Coming out of dark is frustrating and going back to it is like a suicide attempt.

“I couldn’t believe that the world would leave Afghans, especially the young generation, on their own.

“The Taliban are not alone, they have foreign supporters, so why would the USA and NATO leave Afghan people unprotected and defenceless?”