The EU has thanked US president-elect Joe Biden for his "clear support" amid the bloc's dispute with Britain over Boris Johnson's controversial Brexit legislation. 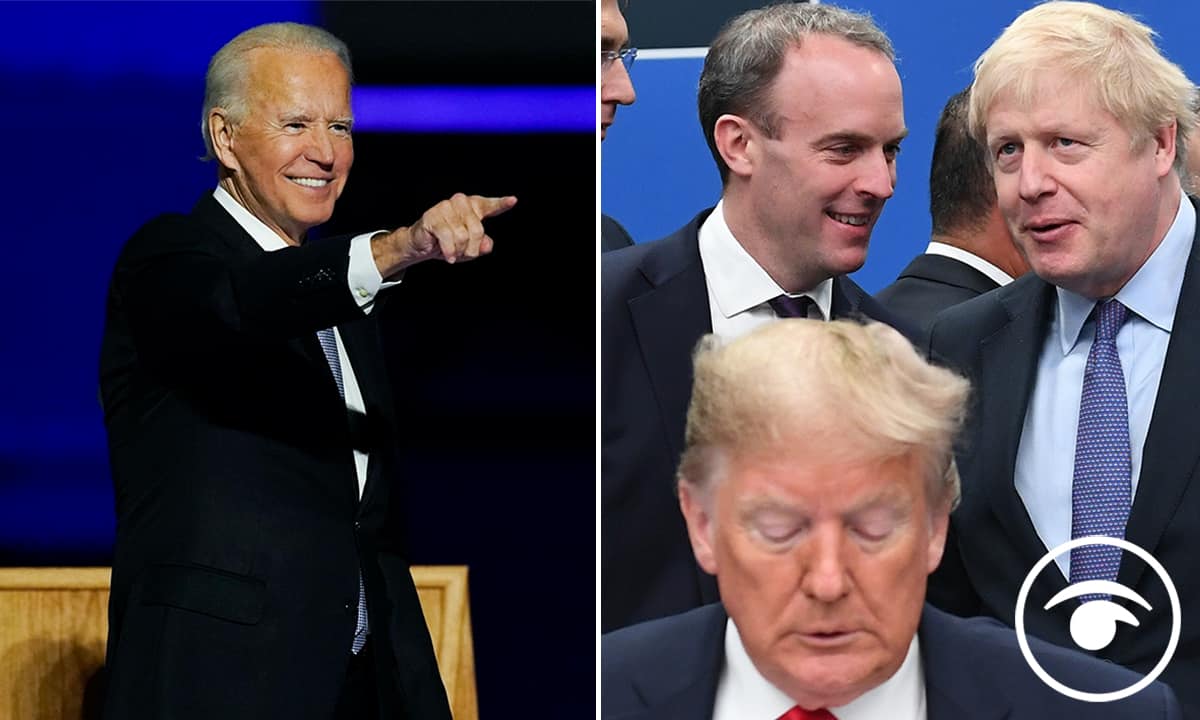 Now Trump looks like he might finally give up his claim to the Presidency European politicians have spoken of their hopes for a reset of trans-Atlantic relations under Joe Biden’s administration, saying it will end years of “damage control”. As the UK is about to leave the EU and cosied up to Trump on numerous occasions, will the US leave the UK out in the cold?

Biden has already raised concerns about the UK’s Internal Market Bill. Yesterday the EU has thanked US president-elect Joe Biden for his “clear support” amid the bloc’s dispute with Britain over Boris Johnson’s controversial Brexit legislation.

Brussels launched legal action last month against the Internal Market Bill, which the UK government has itself admitted could see it breach international law. Biden, who has Irish heritage, is very concerned about any damage to the Good Friday Agreement from this law breaking by the UK.

The comments by German foreign minister Heiko Maas were echoed by his Portuguese counterpart Augusto Santos Silva who said Europe wants to be treated as a “full and equal partner” rather than an enemy of the US.

Mr Biden’s victory over President Donald Trump has been greeted with relief in Europe, where differences with the outgoing administration ranged from trade tensions to defence spending, relations with China and how to handle Iran’s nuclear program.

Speaking at a panel event in Berlin, Mr Maas said that Mr Biden has made clear he wants to “repair” the US-European relationship, describing the amends as “urgently necessary”.

Mr Maas added that recent years were an exercise in “damage control” on international diplomacy and issues such as climate change.

He said: “Enough of that — with this, we are not doing justice to the challenges we face at present.

“The result, because the West wasn’t working together any more, was that in many issues a vacuum arose that was used by China or Russia.”

However, he cautioned that  Europeans will have to “get out of our seats” to grasp new opportunities and offer to do more themselves as part of what he has termed a “new deal ” with the US.

Germany holds the EU’s rotating presidency until the end of December when it will hand over to Portugal.

Mr Santos Silva also called for new talks with the US on trade relations, noting that a major objection to the Trump administration’s approach was its language.

He said: “We were permanently treated by our American friends and the Trump administration not as friends and allies but as adversaries or even enemies.

“Of course we are with the Americans but not as the minor partner, not as a follower… It’s a question of being a full and equal partner of the United States.”

Europe’s interests include good relations with all world regions, he added.