One shows “three unwise men” – Dominic Cummings wearing a Barnard Castle T-shirt and carrying a bag with an eye-test design. 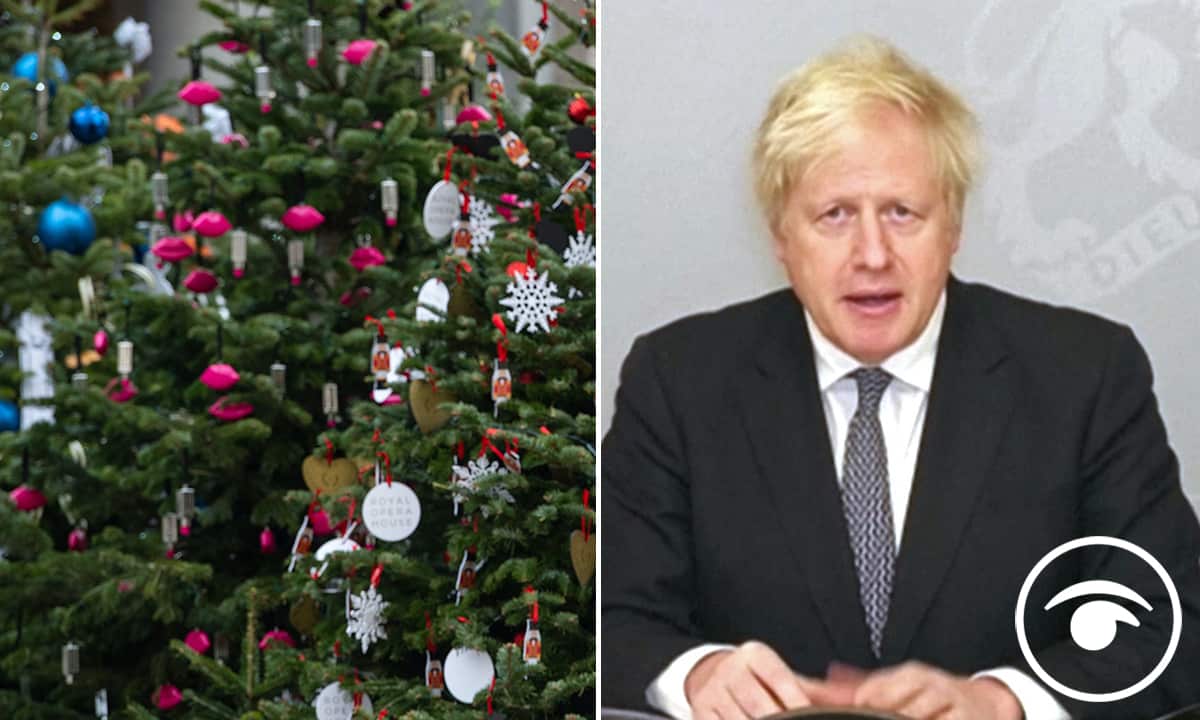 Boris Johnson used the expression at a press briefing on Monday night while advising the public to take precautions over the festive period – and by Tuesday card-makers across the country were capitalising on his Christmas catchphrase.

He added that the months ahead “will be hard” and “they will be cold”, but this foreboding speech has since been evoked in illustrations designed to spread Christmas cheer by retail giants as well as independent illustrators.

Nottingham-based designer Hollie Robinson, 27, created a print showing the Prime Minister sporting a Christmas hat and giving a double thumbs-up in front of a Union flag, sold via her brand CaliPrintsbyHollie.

Amy Goble, a calligrapher who specialises in greetings cards and personalised gifts through her business The Amyverse, portrays Mr Johnson at the press briefings podium complete with the Government’s “Hands. Face. Space.” slogan and adorned with Christmas presents and fairy lights.

The 29-year-old Sussex-based illustrator’s best-selling card is also based on politicians’ responses to coronavirus.

It shows “three unwise men” – Dominic Cummings wearing a Barnard Castle T-shirt and carrying a bag with an eye-test design; the Prime Minister in a Christmas hat and partly-worn face covering; and Health Secretary Matt Hancock standing at a podium bearing the comedy slogan “Go out. Stay at home. Ruin Christmas”.

Online greetings cards giant Moonpig will also soon be selling a crimson card bearing a close-up caricature of the Prime Minister with his eyes staring in opposite directions, below his phrase printed in bold white lettering.

Sunderland designer Lindsey Webb, 39, said “after the speech last night I had to do some cards”, and within hours was selling designs bearing Mr Johnson’s expression through her personalised gift business, Willow and Fox Designs.

Sustainable small-business owner Carolyn Sugiura, 34, illustrated the phrase within a wreath design, which she created in her Leeds-based studio and will be selling via her brand Gray Starling Designs.

The “jolly careful” phrase has even begun to make its way on to clothing, including a festive skull and candy cane crossbones design by Warrington-based business Jak Ward.

Watch: Mordaunt called out over comments about Turkey joining EU