The railway was due to open in December 2018. 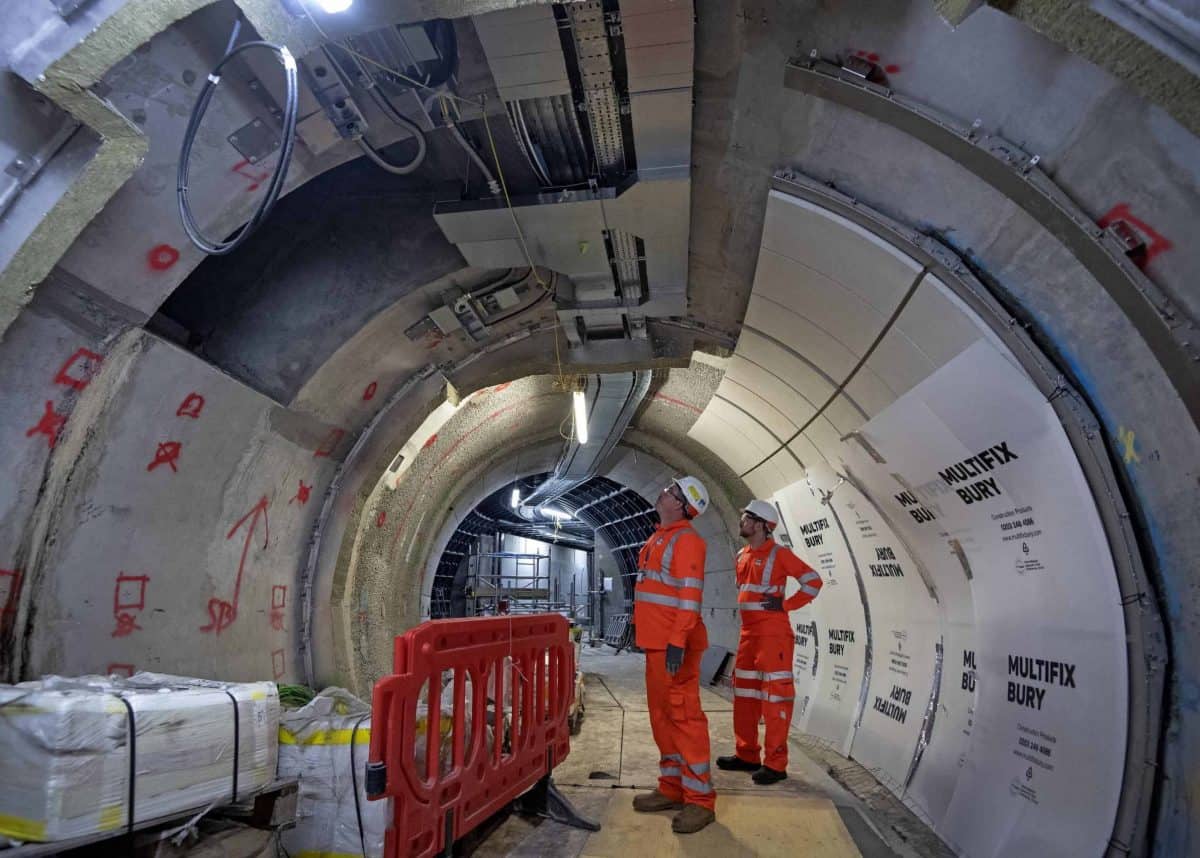 Crossrail will not open next year and its cost has increased again by up to £650 million, the firm building London’s new east-west railway has admitted.

He revealed the bill for the scheme could reach £18.25 billion, an increase of between £400 million and £650 million on the latest funding commitment made in December 2018.

Crossrail’s budget was set at £15.9 billion in 2007 and it was due to open in December 2018, but a series of delays and cost increases have been announced in recent months.

It is being funded by the Department for Transport and Transport for London.

A new plan to open between October 2020 and March 2021 was announced in April.

Writer and broadcaster Christian Wolmar, who has written a book about Crossrail, described the announcement as “something of a surprise” as he believed enough contingency had been built into the revised six-month delivery window “to ensure there wouldn’t be any further setbacks”.

He said that it appears Crossrail Ltd “are not quite going to meet that target” of opening by March 2021.

“It’s extraordinary that this is a project that until August 2018 they were saying was going to be finished in December 2018,” he said.

Mr Wolmar added that the increase in the budget has put the prospects of other rail projects such as HS2 and Crossrail 2 in doubt, as Crossrail will be viewed by some as “a bad example”.

She went on: “The delay creates huge issues for many businesses that have made investment decisions based on its original opening date of December 2018.”

Crossrail Ltd said four “major tasks” must be completed before services can begin.

– Build and test the software to integrate trains with three different signalling systems;
– Install and test station systems;
– Complete installation of equipment in the tunnels and test communications systems;
– Trial run the trains for thousands of miles.

The railway will be known as the Elizabeth line when it launches.

Mr Wild said: “We are doing everything we can to complete the Elizabeth line as quickly as we can but there are no shortcuts to delivering this hugely complex railway.

“The Elizabeth line must be completed to the highest safety and quality standards.”

The first part of Crossrail to open will be the central section, with trains running between Paddington and Abbey Wood via central London.

All stations on this section are expected to be in operation on the opening day except for Bond Street, which is delayed because of “design and delivery challenges”.

Full services from Reading and Heathrow in the west to Abbey Wood and Shenfield in the east will commence “as soon as possible”, according to Crossrail Ltd.

Mr Wolmar claimed passengers will “forget all the hassle” the day after the railway opens, and it will be “something that London will be proud of”.