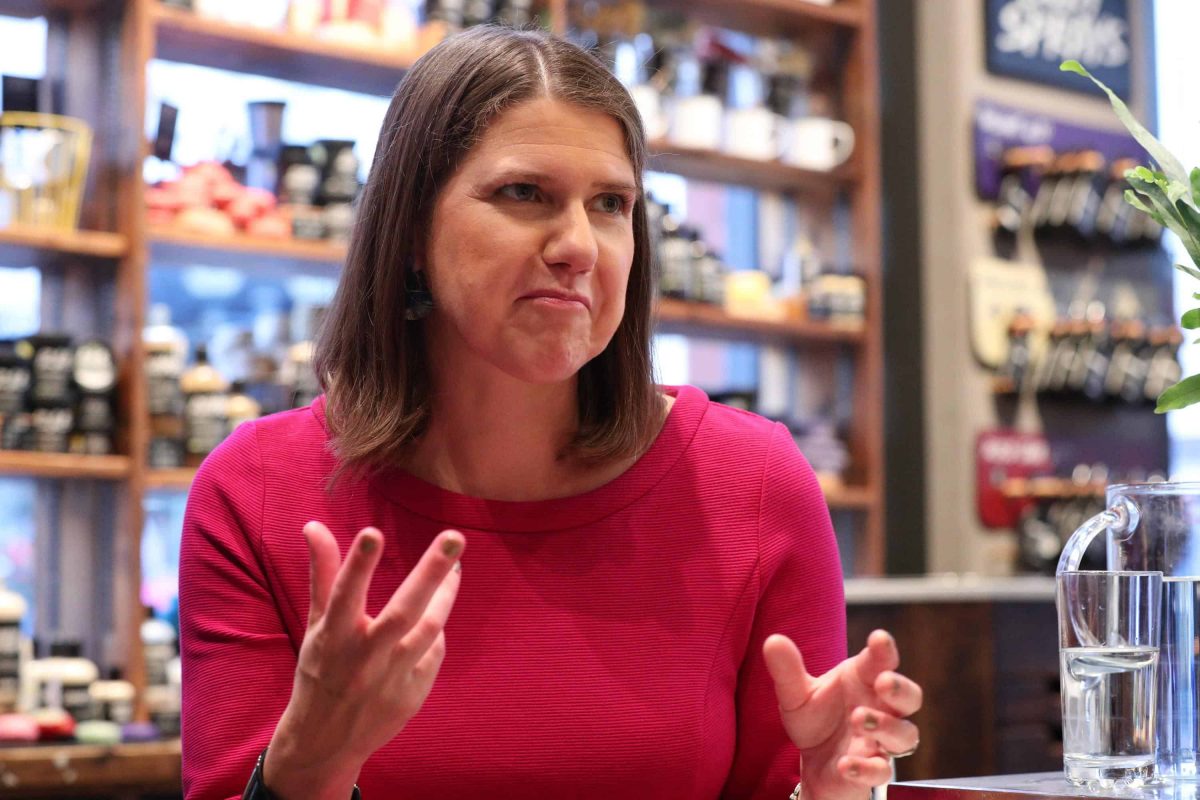 Liberal Democrat leader Jo Swinson has said Jeremy Corbyn is “not fit to be prime minister” and that she would not back him to lead an interim government under any circumstances.

Speaking to Ridge on Sunday on Sky News, Ms Swinson said that Boris Johnson is also “not fit to be Prime Minister”, and said that the public deserve better choice.

She added that there are no circumstances under which she would support Jeremy Corbyn as the leader of a caretaker government.

She also said she believes that Jeremy Corbyn “doesn’t have the numbers” to be able to lead any necessary interim government.

Earlier in the conversation, Ms Swinson said she would not back Mr Corbyn despite him being leader of the Opposition as he does not have the numbers, even discounting whether the Liberal Democrats would support him or not.

She said: “”Well he doesn’t have the numbers. If you add up the numbers even without the Liberal Democrats he’s far short of it.

“And let’s remember why he is far short, part of that is because there are people who were Labour MPs who have left the Labour party because their failure to deal with anti-Semitism.

“So there’s very good reasons people have for saying why they wouldn’t back Jeremy Corbyn and I think in those circumstances we need to find a solution that works, and I think there’s a wide range of people who could lead such a government.

“I’ve put forward Ken Clarke or Harriet Harman – but if you look at others who have been long respected MPs there’s people like Margaret Beckett.

“There are lots of people who are a little bit above party politics who would step in.”

Ms Swinson added that ultimately, despite saying that Labour back a second referendum, Mr Corbyn is somebody who wants to deliver Brexit.

She said: “They say that they’re backing that but let’s look at their actions.

“I mean Jeremy Corbyn was calling for Article 50 to be triggered the day after the referendum, he’s somebody who has said he wants to deliver a Brexit.

“It doesn’t matter if you put a red rosette on it or a blue rosette on it, Brexit is still going to be bad for our country.

Ms Swinson concluded that she believes “it is entirely possible” that the Liberal Democrats could secure a majority at the next election, and said she is “hopeful” for more defections.

We beat both the Labour and Conservative parties at the European elections.”

Ms Swinson added that “these are volatile times” and that she expects more MPs to follow in the steps of former Conservative MP Heidi Allen (South Cambridgeshire) and defect to the Liberal Democrats.

She said: “I’m always hopeful. I think there are a lot of MPs who are unhappy in their current parties and of course it is a very personal decision, a personal journey for people to make.

“I’m not going to go into the details of private conversations, you’ll understand that, but I’d certainly say I’m still having conversations and indeed people in the Labour party are very unhappy too not just for the reasons I mentioned about Corbyn’s inability to tackle anti-Semitism, but also their failure on Brexit, the biggest issue of the day where the leader of the Opposition didn’t stand up for the national interest and say that we should stop Brexit.”