Campaigner Peter Stefanovic pointed out the obvious inconsistency in the government's defence of Johnson's law-breaking. 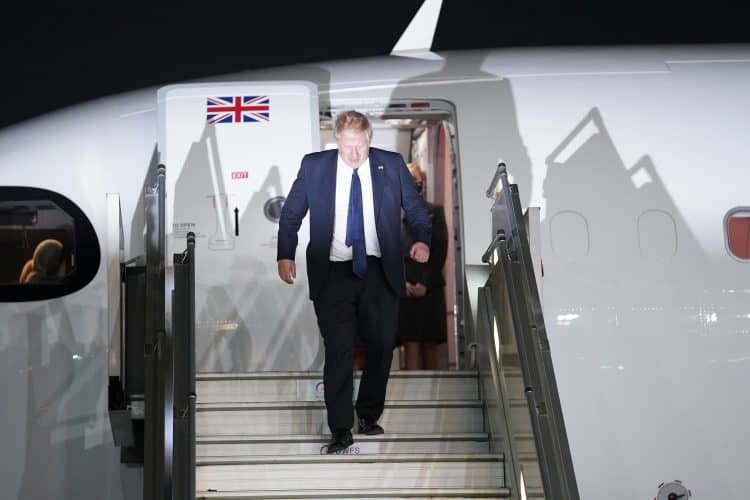 A viral video has hit out at the “insanity” of Boris Johnson’s Partygate defence.

In a broadcast round on Friday morning, Northern Ireland minister Conor Burn said that it “did not occur” to the prime minister that the lockdown-busting birthday bash over which he’s fined “was in any way in breach of the rules”.

Burns claimed that the infamous “ambushed by cake” gathering was to discuss “very important matters relating to the government of the United Kingdom’s response to Covid”.

But critics have claimed that excuse is “complete and utter bollocks”, with campaigner Peter Stefanovic pointing out that Johnson previously told the House of Commons that the birthday party took place “just before a vital meeting on Covid strategy”.

Stefanovic poked another hole in the government’s defence, pointing out that Johnson’s wife and their decorator were both in attendance.

“Why would the prime minister’s wife and decorator be taking part? What contribution would a decorator be making to a vital meeting on Covid strategy? It’s completely ludicrous.”

It comes after allies of Johnson lashed out at Tory MPs calling for the prime minister to resign after the House of Commons ordered a third inquiry into lockdown parties in Downing Street.

Senior backbencher Tobias Ellwood said there had been “a huge breach of trust” with the British people as he called on Conservative MPs to force a change of leadership.

But that drew a furious accusation of disloyalty from Burns, who said there is “no question” of Johnson stepping down.

He said Johnson is entitled to their support after leading them to a sweeping general election victory in 2019.

“There are a number of colleagues across Parliament who have never really supported the prime minister,” he told the BBC Radio 4 Today programme.

“If the prime minister stepped off Westminster Bridge and walked on top of the water they would say he couldn’t swim. That is a fact.

“The reality is that it is only two years ago since we won a majority of 80 seats, the biggest majority since Margaret Thatcher in 1987.

“What the prime minister is saying is ‘I led you to that victory, I have got business I want to do’.”