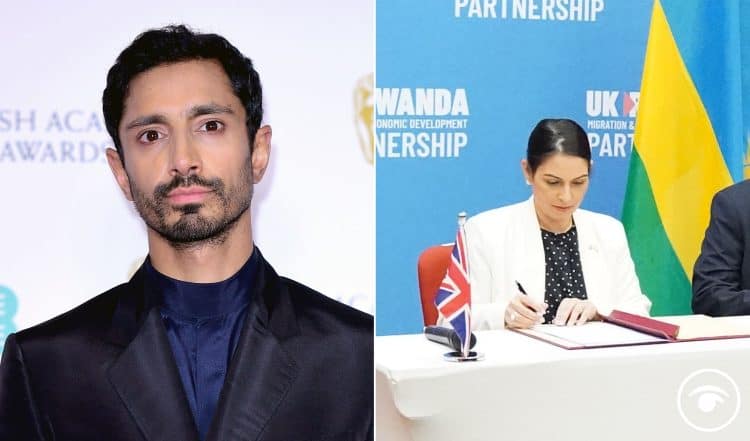 Actor Riz Ahmed has branded the UK government’s Nationality and Borders Bill as “racist” and “immoral” in a viral Twitter video.

However, on Wednesday night MPs backed plans to offshore asylum seekers and introduce a two-tier refugee system. Only eleven Conservatives voted against the government and backed giving asylum seekers the right to work including Father of the House Sir Peter Bottomley, William Wragg, vice-chair of the 1922 committee, Steve Baker and former cabinet ministers Robert Buckland, David Davis and Andrew Mitchell.

Mariam Kemple Hardy, head of campaigns at Refugee Action, said: “These plans will heap further misery on refugees and will do nothing to stop Channel crossings or break up people-smuggling gangs.

“We need a refugee system that provides protection, not punishment. That means creating more routes for people to reach safety in the UK and an effective and fast asylum system built on compassion and justice.”

In a video posted on Twitter ahead of the vote, Ahmed called for people to make a stand against the bill. “So I just found something out that has made me so depressed and so angry, and I just need your help,” Ahmed said.

“I just found out the UK government are trying to pass a law right now… that means they can take away my passport whenever they feel like it. Not just me, but anyone who can claim heritage in another country.

He added: “It’s crazy. It’s wrong and it’s racist. And we need to make some noise and let them know that this is not OK.”

Ahmed added: “It’s really expensive, impractical, unworkable, it’s immoral. We are one of the richest democracies in the world. And on some weird colonial tip, we’re going to try and pay countries that have less resources and more refugees to do our duty for us instead of doing our part.”