Theresa May has often criticised her successor over his attitude and policies, and today she did not forgive and forget. 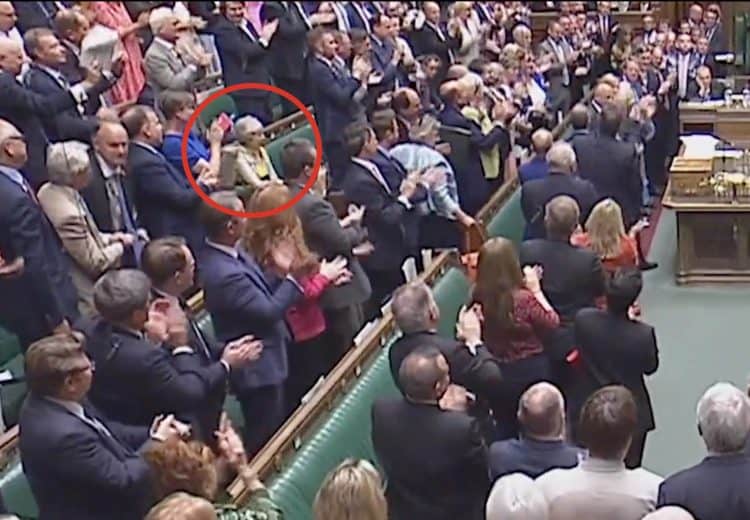 The outgoing Prime Minister received a standing ovation from the Conservative benches after concluding his final remarks.

The Spanish term “hasta la vista” translates to “see you later”, but “hasta la vista, baby” is the catchphrase of Arnold Schwarzenegger’s cyborg character in the 1991 movie Terminator 2: Judgment Day.

In advice to his successor, the PM said: “Focus on the road ahead, but always remember to check the rear view mirror and remember above all it’s not Twitter that counts – it’s the people that sent us here.”

It was the nonsense you expect from Boris Johnson and, at the end, the Tory benches did give him a belated standing ovation, with one noticeable omission!

Yep, you guessed it: Theresa May.

May, who was ousted in 2019 in a coup orchestrated by Mr Johnson, sat down as other Conservatives clapped his departure and only reluctantly stood up after a short while – maybe just to make sure he was actually leaving!