"Unless Westminster wishes to cede land down to Darlington to Scotland?" wrote one person in response to Sunak's mistake. 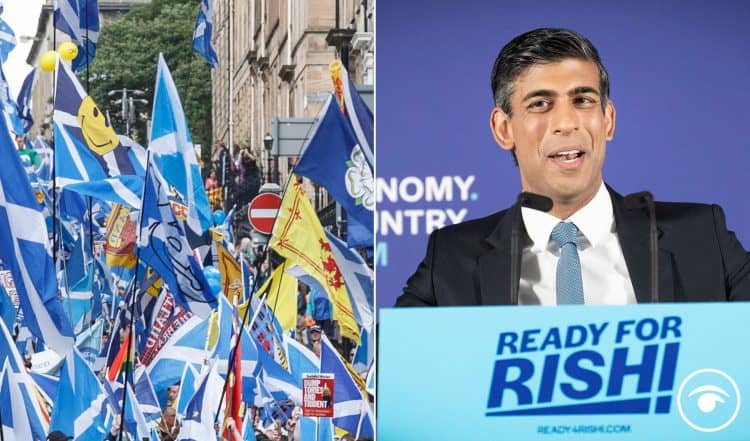 Tory leadership contender Rishi Sunak appeared to not know where Darlington is.

It is even more bizarre as he is MP for Richmond, North Yorks, only a few miles from Darlington.

During a Spectator TV interview, he was asked if he’d be spending a lot of time in Scotland in order to build a better United Kingdom.

“I think people can already see that I take that seriously…I was the chancellor who set up an economic campus for the government and the treasury in Darlington,” Sunak responded.

It comes as Boris Johnson said big infrastructure projects would not have been built “if we’d always listened to the Treasury” in an apparent parting shot at his former chancellor Rishi Sunak.

The Prime Minister gave some “words of advice” to his successor during his final Commons appearance, which included: “Cut taxes and deregulate wherever you can and make this the greatest place to live and invest, which it is.

“I love the Treasury but remember that if we’d always listened to the Treasury we wouldn’t have built the M25 or the Channel Tunnel.”

The Tory leadership farce rolls on…