Neale Hanvey, of the Alba Party, made the remarks at Prime Minister’s Questions. 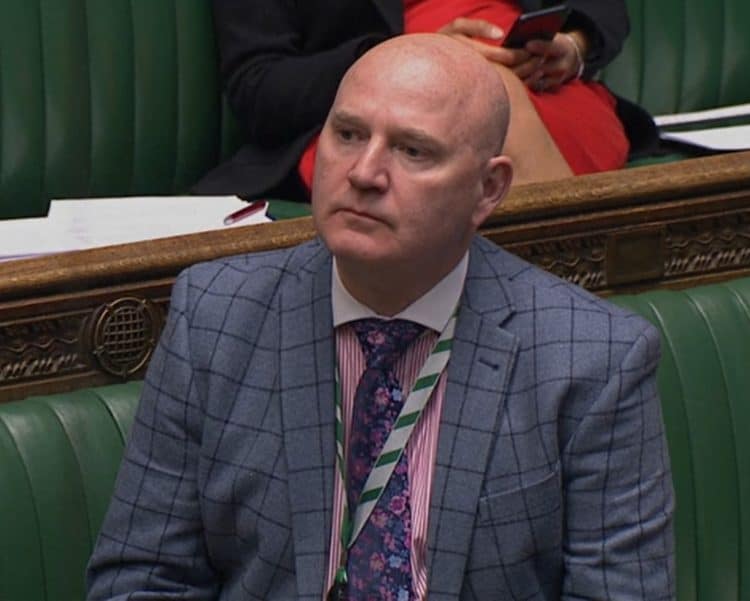 People in Scotland are “hostages in a territorial British colony”, a pro-independence MP has suggested.

Neale Hanvey, Alba Party MP for Kirkcaldy and Cowdenbeath, made the remarks as he pressed Rishi Sunak at Prime Minister’s Questions.

Mr Hanvey told the Commons: “The Prime Minister will know that it’s Scotland’s energy resources that feed corporate profits and keep his His Majesty’s Treasury pumped full of cash to the tune of £8 billion in the last nine months alone.

“In return, candidates in the summer Tory leadership contest tried to outdo each other in their contempt and hostility to Scotland’s democracy.

“So, without falling back on the ‘you’ve had your vote’ trope, can the Prime Minister tell me, is Scotland in a voluntary and respectful union of equals as claimed in 2014, or are we hostages in a territorial British colony?”

Prime Minister Mr Sunak replied: “What people across Scotland rightly want to see is both their governments working constructively together to improve their lives.

“That’s what we will do on this side of the House and part of that is actually supporting Scottish energy producers, which he is right have a vital role to play in enabling our transition to net zero and improving our energy security, and those Scottish companies will have our full support.”