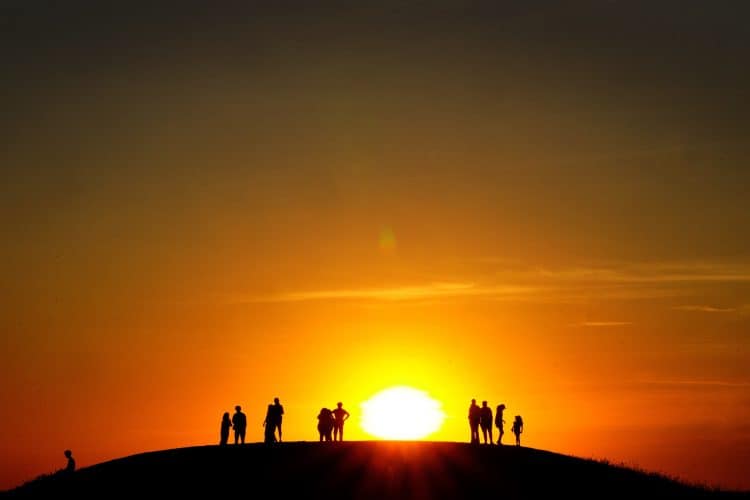 Temperatures have risen by more than twice the global average in Europe over the past 30 years, UN experts on weather and climate have said.

A report from the World Meteorological Organisation (WMO) said temperatures had warmed significantly since 1991, rising at an average of about 0.5C a decade, making it the fastest warming continent.

The report focuses on 2021 when Europe was hit by devastating floods, storms and other weather and climate events, which claimed lives, directly affected more than half a million people and caused 50 billion dollars of damage.

With 2022 seeing more climate damage from heatwaves, drought and wildfire, the WMO warned Europe was a “live picture of a warming world” that shows that even well-prepared societies are not safe from extreme weather events.

The State of the Climate in Europe report for 2021, produced jointly with the European Union’s Copernicus Climate Change Service, also reveals that Alpine glaciers lost 30m (nearly 100 ft) in ice thickness from 1997-2021.

Greenland’s ice sheet is melting, contributing to accelerating sea level rise – and in summer 2021 saw a melt event and rainfall for the first time ever at its highest point – Summit station.

There were also droughts and high temperatures which fuelled significant wildfires, particularly in Turkey, Italy and Greece, and summer heatwaves saw temperatures reach 48.8C near Syracuse in Sicily, in August – a provisional record.

The report shows that some European countries are having success in cutting the greenhouse gas emissions driving global warming, with EU climate pollution falling 31 per cent between 1990 and 2020, and a target for 2030 of 55 per cent cuts.

But recent reports from other UN bodies have shown how far off track the world is to limiting temperature rises to well below 2C or 1.5C to avoid the worst impacts of climate change, as countries agreed under the Paris Agreement in 2015.

WMO secretary-general Petteri Taalas said: “Europe presents a live picture of a warming world and reminds us that even well-prepared societies are not safe from impacts of extreme weather events.

“This year, like 2021, large parts of Europe have been affected by extensive heatwaves and drought, fuelling wildfires.  In 2021, exceptional floods caused death and devastation.”

He added: “On the mitigation side, the good pace in reducing greenhouse gases emissions in the region should continue and ambition should be further increased.

“Europe can play a key role towards achieving a carbon neutral society by the middle of the century to meet the Paris Agreement.”