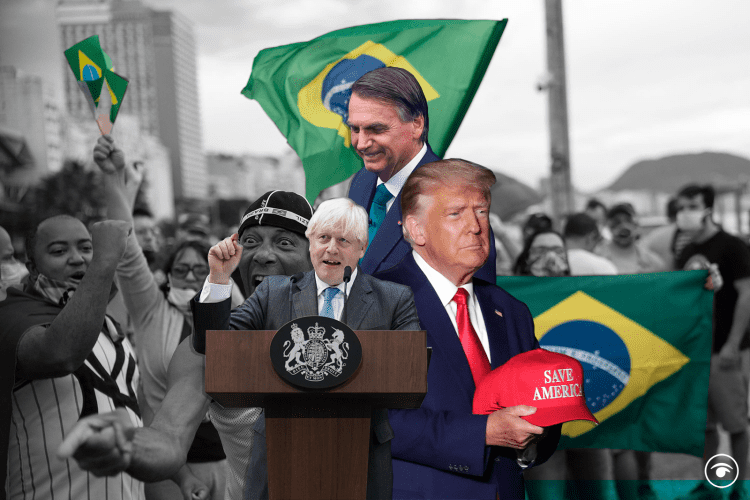 Good morning. Brazil took an unexpected turn to the left on Sunday evening after Luiz Inacio Lula da Silva was elected as president following a bitter and closely fought election. Da Silva received 50.9 per cent of the vote compared to Jair Bolsonaro’s 49.1 per cent, according to the country’s election authority, condemning the right-wing populist to a historic one-term administration for the first time in 30 years. It puts a cap on a premiership defined by moves to downplay the Covid pandemic, water down protections for Indigenous groups and facilitate the destruction of the Amazon rainforest, which experienced mass deforestation on his watch.

At the time of writing, with the results confirmed and congratulations pouring in from world leaders, Bolsonaro has still yet to publicly concede or react in any way. Like Donald Trump, who also only managed a single term in office, the Bolsonaro campaign had made repeated – unproven – claims of possible electoral manipulation before the vote, raising fears that, if he lost, he would not accept defeat and try to challenge the results. If he had a Rudy Giuliani, he’d be heading to the Four Seasons garden centre in Rio as we speak, and we can’t rule out the possibility of voter unrest if further allegations of electoral fraud are waged by the outgoing president.

On paper, this appears to be another defining moment in global politics. Lula’s leftist triumph is being described as Latin America’s second ‘pink tide’ in reference to the swing to left-leaning governments elected during the Cold War. Honduras, Bolivia and Argentina have also turned their backs on the right, while Colombia in June elected its first leftist president despite a deep-rooted mistrust of anything with perceived links to “communism.” It also comes on the back of Scott Morrison being ousted in the 2022 Australian federal election, Emmanuel Macron’s re-election and, of course, Boris Johnson getting dragged out of Number 10 kicking and screaming in a mark that the pendulum may be starting to swing back.

But I’d urge caution. Early signs in Brazil suggest that Bolsonaro was more a victim of a rejectionist trend than anything else, with people looking simply searching for an alternative. You could say the same of Joe Biden, who profited from Trump’s pandemic and leadership failures, and Sir Keir Starmer, whose popularity has boomed thanks to Liz Truss’s dismantling of the British economy. Those who thought the last few months would see the demise of the Tory Party in 2024 may want to consider the latest Opinium polling that shows Rishi Sunak is already seen as the best person to fix the economic woes bestowed on Britain by his own party.

In a world run by one-term wallies, it often just requires a sprinkling of common sense to get voters back on side.