Today, the worldwide nature of gaming has forever changed the industry—especially in the realms of eSports, VR and AR technology, and mobile-first games. We take a closer look at what each of these has to offer.

by Ben Williams
in Gaming 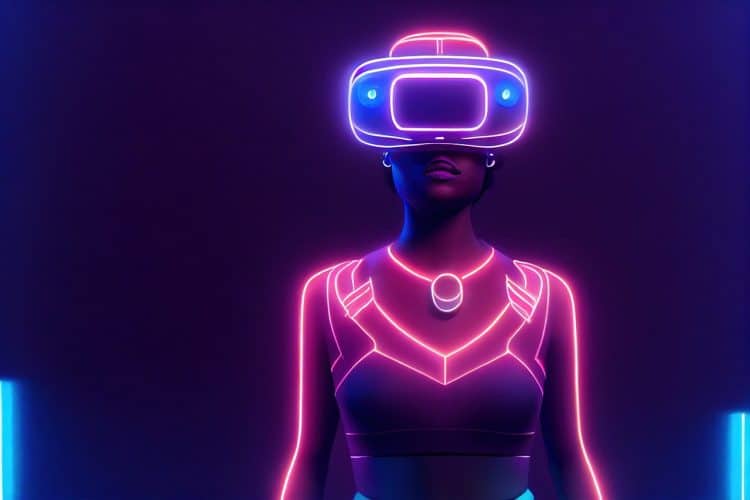 Depending on which demographic you belong to, the term gaming probably brings to mind a few different images. For many, gaming remains linked to casinos. Today, the industry has moved online, where players can find casino bonuses and offers from different brands with a few clicks of the mouse.

While millions more might imagine an eSports group like G2 or FaZe Clan, or possibly even a VR headset from Oculus, it’s casino gaming which signals the future of the industry—digitization. Regardless of what type of ‘game’ you’re thinking of, the sector as we know it has shifted into the virtual. This ties gaming to the latest tech frontiers—and to entertainment trends of all stripes.

And while casino gaming remains one of the lesser-discussed fields within gaming, the rise of poker alone preceded the modern eSports boom. In fact, long before the video streaming platform Twitch launched in 2011, broadcasting groups like ESPN began live coverage of major poker tournaments in the 1990s, like the World Series of Poker in Vegas.

Within years of the introduction of the hole cam, which let viewers at home peek at the players’ cards from a hidden spot in the table, poker had become a global hobby. The card game may not have much in common with League of Legends or Call of Duty, but its global expansion hinted that the future of gaming would soon go global.

eSports: Branding in the Mainstream

Insider Intelligence estimates that close to 30 million viewers will tune in to eSports events in the US alone this year. This marks one of the latest shifts in eSports as top franchises, like G2 and FaZe Clan (see above), start to see mainstream media coverage. In other words, these teams are now on-par with iconic names like FC Barcelona.

In fact, the fourth-most successful eSports team in formation today is Paris Saint-Germain Esports. The team has raked in over $2 million in total earnings from over 15 tournament wins. Media outlets and pop culture giants are starting to pivot toward eSports—and even brands not linked to gaming are taking note.

One of the oddest ties to the gaming industry comes from luxury couture designers. Louis Vuitton has released a League of Legends-inspired line, along with Burberry and Honor of Kings. Meanwhile, brands like Prada and Balenciaga have launched in-game ‘skins’ that allow players to customize their avatars with high-fashion looks.

In fact, many eSports teams are now shifting into ‘franchise mode’, creating merchandise with high-profile partnerships and hawking the latest branded peripherals, from mouses to keyboards. Esports are now mainstream. From 2018 to 2019, Deloitte reports that the industry ballooned from a worth of $4.5 billion to $490 billion.

The rise of eSports in the last decade has overshadowed most predictions tied to VR. In 2010, VR was one of the hottest topics in entertainment and technology. Sci-fi films from the 1980s had predicted a landslide of virtual technology… but developers quickly realized that VR posed great challenges in terms of both hardware and software.

Today, VR headsets and controllers are more affordable than ever before—but some analysts predict that VR will remain a subset of gaming rather than a primary focus. As VR floundered on the market, companies began to pore more resources into AR projects. Unlike VR, AR didn’t make as many tech demands. The mega-success of Pokémon GO demonstrated how easily AR could be integrated into a new gaming experience.

In other words, AR quickly found applications outside of gaming. Since then, it’s become a staple for companies seeking to train employees, for interactive user guides, and for professionals like architects, surgeons, and more. The diversification of AR led to the creation of a totally new mixed-reality experience, known as XR.

VR seeks to transplant a gamer into a totally new world that’s created digitally. AR looks to augment our reality with digitized markers. XR seeks to further intertwine the physical and virtual, encompassing elements of both VR and AR—along with mixed reality projects.

So, how does XR do this? Rather than move away from VR headsets and controllers, XR instead deepens that experience. Because of this loose definition, many describe XR as a type of more immersive and more accessible form of VR. Part of this accessibility is because XR can be streamed through 5G cloud connections, which means it’s not nearly as restrictive as a VR headset and station.

XR is also the primary domain of companies experimenting with digital assistants. The idea is that they could access either AR or VR experiences, depending on what type of project they’re undertaking in a digital world.

XR in the Future: Mobile

The accessibility of XR technology isn’t just going to help link VR and AR. Instead, it’s going to be tied to one of the fastest-growing sectors in gaming: mobile gaming. Just like 5G cloud streaming will help build smoother connections for those on the go, it will also help foster XR gaming on smartphones.

One of the primary sectors targeted by developers is 3D gaming. The idea is that XR and 5G technology will provide a space where mobile gaming developers can create titles that require high-speed internet connections. With fewer throughput constraints, developers have more freedom to create titles that would have been impossible in previous years.

However, this technology might not be possible with 5G networks alone. Already, some analysts are eyeing the 6G network. With a 6G network, gamers would be able to remotely play VR titles. Today, it’s simply not possible thanks to slower internet speeds. Even if developers had rolled out mobile VR devices, even the most cutting-edge smartphone wouldn’t be able to detect motions and gestures accurately. This marks one of the ever-constant challenges for the industry: advancing hardware enough to keep up with new and theoretical approaches to tech and gaming.