'Every tv station should play this,' said one Twitter user. 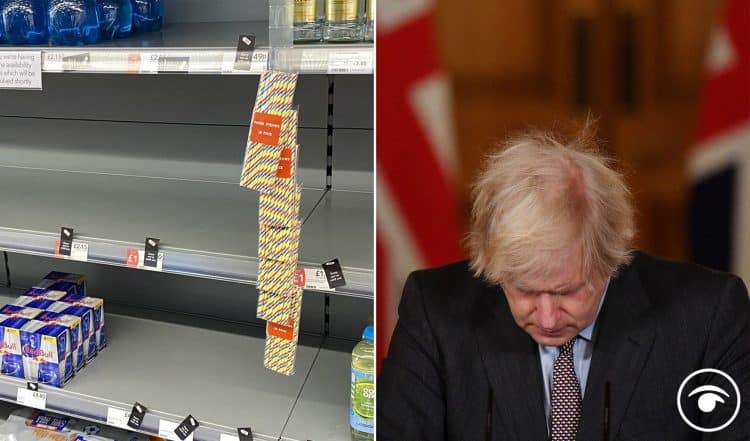 Remember when the prime minister told us that the Brexit deal was oven-ready, the easiest deal in history?

We were told that this “great deal” for the UK “delivered everything that we wanted from Brexit” and would “keep the whole of the UK together?”

Well, that was back then.

Today, EU chief Ursula von der Leyen has rejected Boris Johnson’s plea to renegotiate the post-Brexit deal on Northern Ireland after a phone call with him.

Her message came a day after Brexit minister Lord Frost demanded that significant changes are made to the terms of the deal he negotiated saying “we cannot go on as we are”.

But he held back from immediately suspending parts of the deal, despite claiming the UK would be justified to take the dramatic step.

The EU will continue to be creative and flexible within the Protocol framework. But we will not renegotiate.

We must jointly ensure stability and predictability in Northern Ireland.