"Apart from everyone who voted remain," a solicitor has said. 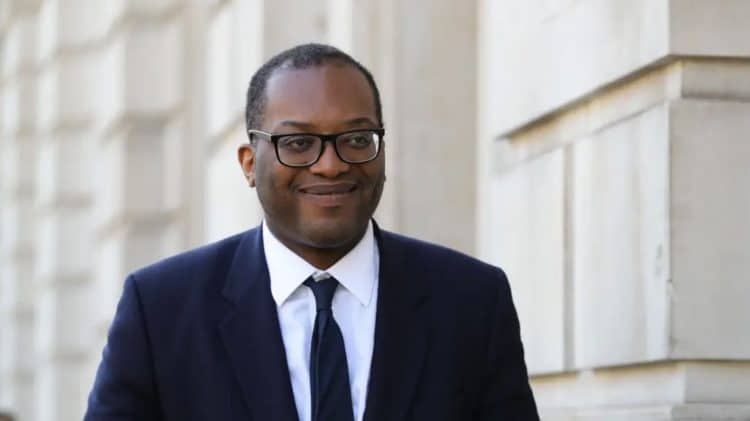 A senior Tory minister has claimed nobody “had any idea” about the impact of the Northern Ireland protocol before Britain quit the European Union.

Business Secretary Kwasi Kwarteng said ministers have looked at the protocol since the UK formally severed ties with Brussels and concluded that the agreement is “not satisfactory as it is”.

This means checks on goods being sent from Great Britain into the single market – and in some cases could result in prohibitions on certain products that do not comply with EU rules.

The protocol was put in place to ensure there would be no hard border with Ireland, but it has instead effectively placed a trade barrier in the Irish Sea.

‘It’s not written in stone’

Speaking to Sky News on Thursday morning, Kwarteng said: “We want to be in a situation where we can actually renegotiate it. The Northern Ireland protocol isn’t written in stone, it’s not something that was going to last forevermore.”

Despite a host of warnings about how the protocol would impact the province, Kwarteng insisted “nobody could guarantee what would happen until it actually happened that we’ve left the EU.”

#KayBurley – The British Govt want to renegotiate the deal with the EU… why don't we just honour the deal now?

Kwarteng suggested that the EU “is a bit inflexible” on the protocol – and claimed the government wants to see if they can “make it work more smoothly”.

He added: “A deal is a deal but it wasn’t something that was going to last forever.

“You’ll remember two years ago people said we were never going to get a deal from the EU but we did so. When people say they’re not going to look at the protocol again, I say ‘well, let’s just see’.”

Speaking in the House of Lords yesterday, Lord Frost – the Brexit minister – said “we cannot go on as we are” but held back – for now – from taking the dramatic step of effectively suspending parts of the deal, even though he claimed the UK would be justified to do so.

He warned the “purist” way the Northern Ireland Protocol was being implemented was causing economic and societal damage – and called for a “standstill” period maintaining existing grace periods allowing the flow of goods from Great Britain to Northern Ireland.

But he also said his plans to resolve the difficulties would require a “significant change to the Northern Ireland protocol” and “we do not shy away from that”.

Big no from Brussels

Frost’s proposals were given short shrift by Brussels, with European Commission vice-president Maros Sefcovic flatly rejecting the UK’s call for a renegotiaton.

“We will continue to engage with the UK, also on the suggestions made today,” he said. “We are ready to continue to seek creative solutions, within the framework of the protocol, in the interest of all communities in Northern Ireland. However, we will not agree to a renegotiation of the protocol.”

Austrian MEP Andreas Schieder, rapporteur for the Committee on Foreign Affairs, told a meeting: “Only a partnership in which both sides stick to their commitments has a future”.

The European Parliament had condemned the UK’s “unilateral actions”, which they said were  “in breach of the Withdrawal Agreement”.

In April, MEPs also called on the UK government to “act in good faith and fully implement the terms of the agreements which it has signed’ – including the protocol.