A committee of MPs warned that levelling up risked becoming an "everything and nothing" policy. 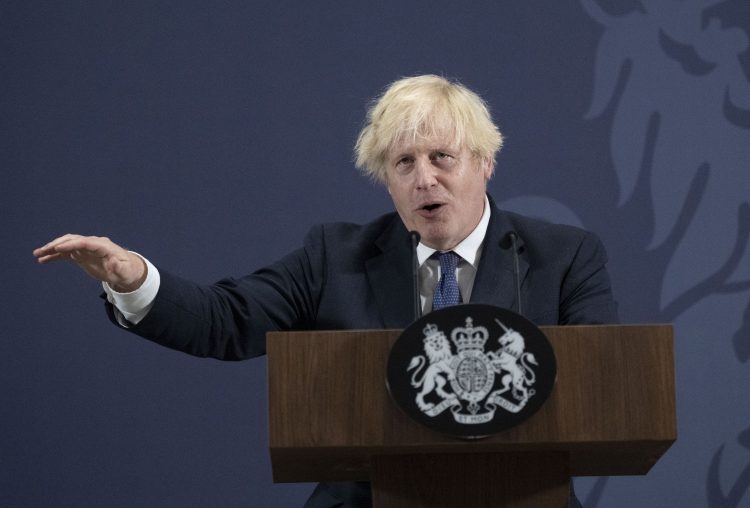 Boris Johnson “flunked” his chance to spell out his ‘levelling-up’ agenda – which risks becoming an “everything and nothing policy”, MPs have said.

In a report on regional health and economic activity, MPs said the government needed to come up with coherent proposals about the outcome communities could expect from levelling-up – and how success will be measured.

Levelling up was a term coined when Johnson entered Downing Street and was heavily pushed during the 2019 election as a way of closing regional inequalities and “improving everyday life and life chances”.

But the phrase has since been used in relation to tackling a number of society’s ills including addressing racial inequalities in the context of the Black Lives Matter protests, when speaking about disability rights, and tackling anti-Semitism.

In a report released on Thursday, Labour MP Darren Jones – chairman of the Business, Energy and Industrial Strategy (BEIS) Committee – said: “Levelling up was a major part of the government’s offer to the British people at the last election, but it appears every possible funding stream from government – be it about bus stops or football pitches – is labelled as for levelling up.”

MPs said it was their view that levelling up meant “the spreading of economic and social opportunities more evenly across the country”.

But the panel added that despite taking extensive evidence for a year from various parts of government, they had not received any adequate answers to their questions about the agenda – and it was unclear who was responsible for delivering on it.

Johnson came under criticism after a speech at the UK Battery Industrialisation Centre in Coventry last week – which was billed as a major bid to define his vision for the UK – for providing little new detail on levelling up.

He told TLE: “One of the biggest challenges we have in this country is the level of inequality. “To tackle that at a local government level, you need to be empowered to do things that other countries can do – like building social housing at scale.”

Unless local authorities are “given similar powers as in France or Germany”, he added, truly levelling up the poorest parts of Britain is a pipe dream.

Johnson appointed Tory MP Neil O’Brien as his levelling up adviser in May – and has promised a Levelling Up White Paper later in the year.

But Jones said: “Last week, the prime minister flunked his opportunity to explain what levelling up is and instead revealed that the government has failed miserably in translating a political soundbite into a deliverable programme of government.”

The prime minister’s official spokesman insisted that the speech had defined levelling up, and added: “Obviously there’ll be more to be said on levelling up when we come out with our white paper later this year.”

The committee’s report said: “Despite this focus on levelling up as a central theme in government discourse, there remains a distinct lack of clarity as to what the government actually means by levelling up, and subsequently, how the success or otherwise of the government’s policy aim of levelling up can be assessed and evaluated.”

It added: “To date, the government has provided no overall strategy for the agenda or a vision for what a levelled-up UK might look like in the future.”

MPs said it was unclear whether the amount of money promised was enough to even equal, let alone exceed, historic levels of UK and EU funding to local government.

And that “given the government’s own focus on its levelling up agenda, the lack of clarity around its meaning and how it translates into specific policy initiatives and strategies is stark”.

The report warned: “As it stands, levelling up risks becoming an everything and nothing policy.”