He was accosted by anti-Brexit campaigner Steve Bray and defended the government before the mishap took place. 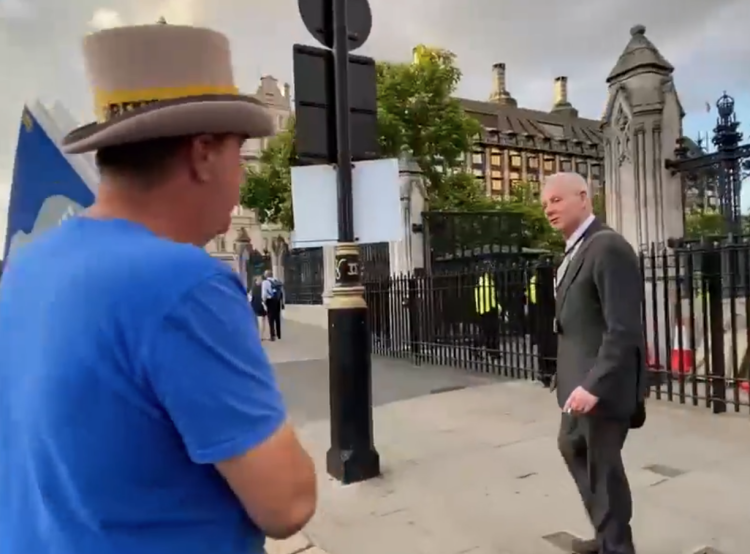 Anti-Brexit bellower Steve Bray has been more of a nuisance to government representatives than ever today.

Bray approached Tory peer Lord Moylan as he walked outside the gates of Westminster.

“You are very active on Twitter?”, he said, which is true.

Here is one of his recent tweets:

He tells Bray he does his best “fighting socialism”.

Moylan replied saying he is “fighting for democracy”.

He then walks into a lamppost and Bray says: “Watch your head.”

Related: Nadine Dorries rushed to be beside PM and responses were a vote winner