Sir Geoffrey said there were "real drawbacks" to public registers of interests - because they lead to "frivolous complaints". 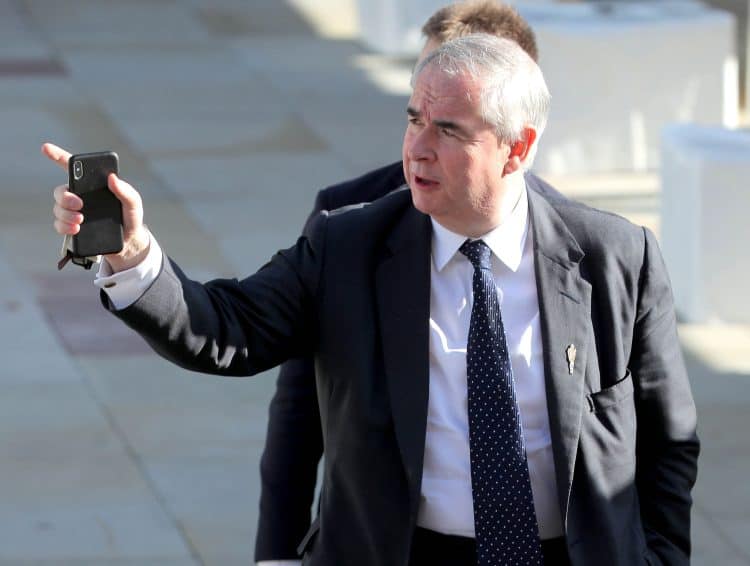 Video footage shows scandal-embroiled Tory MP Sir Geoffrey Cox complaining about the “real drawbacks” of public registers of interests for politicians, in a submission to a corruption inquiry in the British Virgin Islands (BVI) – in which he is representing the Caribbean tax haven.

Cox – the highest-earning MP – has seen his work for the BVI government come under intense scrutiny in recent days, amid a backlash over Tory sleaze and MPs second jobs.

Outside interests are published in the House of Commons register of members’ financial interests, which is meant to prevent MPs hiding conflicts of interest or other sources of income.

‘Let me be candid’

It emerged on Wednesday that Sir Geoffrey likely used his Commons office to work on the BVI inquiry – which was brought by the Foreign Office against the tax haven.

On 21 June, the inquiry was looking into BVI legislators’ registration of interests, which is not made public, Business Insider reported.

Cox, a former attorney general, said: “Let me be quite candid. There are real drawbacks to open registers. It becomes a political tool for every — many, many frivolous complaints are made.

“It is a profound invasion into a legislator’s private life because what happens is, as you can imagine, stories get written, minor infractions are written up to be morally shameful or even impute dishonesty.

“I accept the need for registers – of course I do; every legislator must – but there are perfectly understandable reticence to invite that kind of onslaught that that can sometimes mean.”

‘Rules don’t apply to him’

Angela Rayner, Labour’s deputy leader, said: “It is no surprise that Geoffrey Cox is critical of registers of interests for MPs given the fact that he has himself appeared to have broken the rules in such an egregious, brazen manner.

”These comments are a further insult to the British public who will rightly be wondering why Geoffrey Cox thinks the rules don’t apply to him.

“This is not about party politics as this is not a ‘minor infraction’. This is about a Conservative MP using a taxpayer funded office in Parliament to work for a tax haven facing allegations of corruption, in breach of the rules that all MPs must follow.”

“The Parliamentary Commissioner for Standards must investigate this, and the Prime Minister needs to explain why he has an MP in his parliamentary party that treats Parliament like a co-working space allowing him to get on with all of his other jobs instead of representing his constituents.

“You can be an MP serving your constituents or a barrister working for a tax haven — you can’t be both and Boris Johnson needs to make his mind up as to which one Geoffrey Cox will be.”

Rayner has asked the Parliamentary Commissioner for Standards – who government ministers recently suggested should resign – to investigate the potential breach.