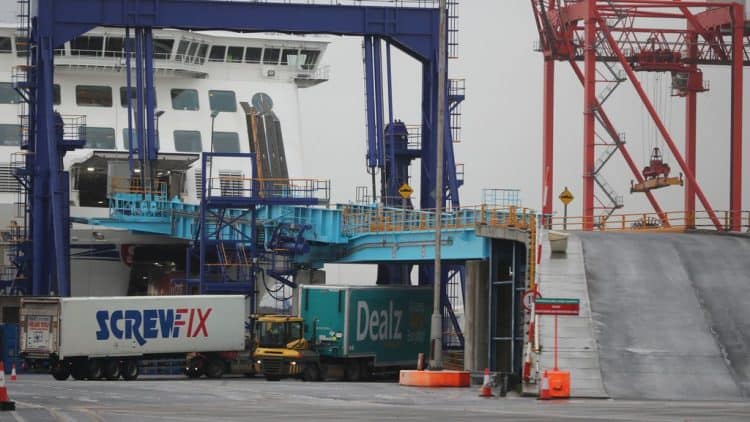 Irish deputy premier Leo Varadkar has warned that EU retaliatory action should be expected if London unilaterally activates Article 16 of the protocol to suspend post-Brexit checks on goods moving from Great Britain to Northern Ireland.

The Irish Government is reactivating no-deal contingency planning in preparation for a potential unravelling of the Brexit deal.

It comes as talks between London and Brussels over the contentious protocol remain deadlocked and there is growing speculation that the UK is poised to trigger Article 16 later this month.

To avoid a hard border with Ireland, the protocol effectively keeps Northern Ireland inside the EU’s single market for goods, resulting in some checks for products crossing the Irish Sea from Great Britain, which left the single market.

Lord Frost and the Prime Minister have argued that the EU’s interpretation of the deal has led to difficulties which have created the condition to justify the use of Article 16 of the protocol, effectively suspending elements of the arrangements.

Speaking to RTE, Mr Varadkar said the Irish Government is ramping up planning for a potential trade dispute.

“We had a meeting yesterday (Monday) of the Cabinet sub-committee on Brexit essentially to dust down, if you like, and restart our contingency preparations should we get into difficulty.

“I don’t think anybody wants to see the European Union suspending the Trade and Co-operation Agreement with Britain.

“But if Britain were to act in such a way that it was resiling from the protocol, resiling from the Withdrawal Agreement, I think the European Union would have no option other than to introduce what we call rebalancing measures to respond.”

Last week, Sir John Major warned Boris Johnson against suspending parts of Northern Ireland’s Brexit deal – saying to do so would be dangerous and “colossally stupid”.

The former prime minister said the move would damage relations with the European Union and United States and could further destabilise Northern Ireland.

Sir John, an opponent of Brexit, told BBC Radio 4’s Today: “I think it would be colossally stupid to do that.

“To use Article 16, to suspended parts of the protocol, would be absurd.

“This protocol is being denounced week after week by Lord Frost and the Prime Minister.

“Who negotiated the wretched protocol?

“Lord Frost and the Prime Minister.