Labour has referred Sir Geoffrey to the Commons anti-sleaze watchdog over the allegations. 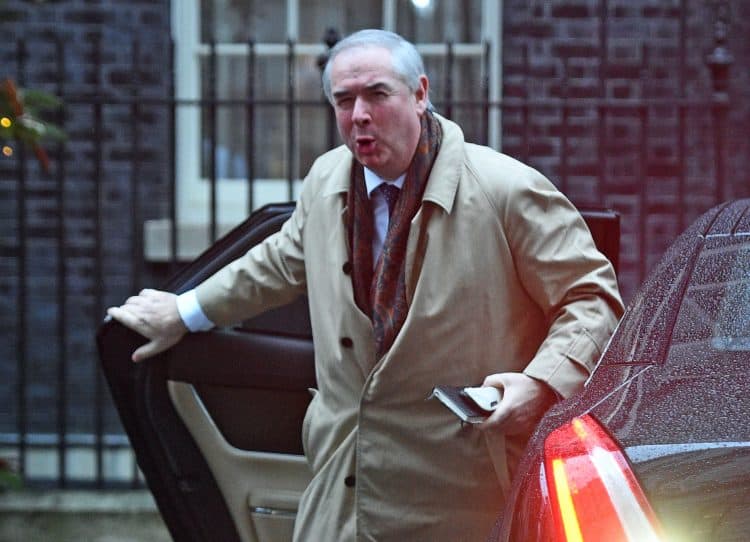 Sir Geoffrey Cox has been referred to the Commons anti-sleaze watchdog after using his parliamentary office to defend the British Virgin Islands in a corruption case brought by the UK government.

The former attorney general has been paid more than £1 million in the past year for legal work on behalf of clients including the Caribbean tax haven, in a legal inquiry instigated by the Foreign Office.

Cox – the highest-earning MP- – spent April, May and June in the Caribbean this year defending British Virgin Islands ministers, using pandemic-era exemptions to vote in the Commons by proxy.

Downing Street reiterated that it did not support an outright ban on MPs having second jobs, stating instead that the primary work of parliamentarians should be representing the electorate, adding that MPs should be “visible in their constituencies”.

Cox – the MP for Torridge & West Devon – is reportedly keep to fight his corner, and has privately dismissed calls for his resignation.

Angela Rayner, Labour’s deputy leader, said she was referring Cox for investigation to Kathryn Stone – the parliamentary commissioner for standards – over the remote hearing.

She said: “This appears to be an egregious, brazen breach of the rules. A Conservative MP using a taxpayer-funded office in parliament to work for a tax haven facing allegations of corruption is a slap in the face and an insult to British taxpayers.

“The parliamentary commissioner for standards must investigate this, and the prime minister needs to explain why he has an MP in his parliamentary party that treats parliament like a co-working space allowing him to get on with all of his other jobs instead of representing his constituents.”

Rayner added: “You can be an MP serving your constituents or a barrister working for a tax haven. You can’t be both and Boris Johnson needs to make his mind up which one Geoffrey Cox will be.”

‘Forgive my absence, the bell went off’

The code of conduct, which governs MPs’ behaviour, states: “Members are personally responsible and accountable for ensuring that their use of any expenses, allowances, facilities and services provided from the public purse is in accordance with the rules laid down on these matters.

“Members shall ensure that their use of public resources is always in support of their parliamentary duties. It should not confer any undue personal or financial benefit on themselves or anyone else.”

On 14 September, the day of the hearing, MPs were debating government plans to introduce a new levy to fund health and social care. Cox did not contribute – and has only spoken once in the Commons since being sacked from Boris Johnson’s frontbench in February 2020.

There were six votes on the issue over the course of the day, all of which Cox took part in in person, according to The Times.

About two hours into the British Virgin Islands hearing he left his desk for 20 minutes, telling the chairman: “Forgive my absence during some of the morning, I’m afraid the bell went off.” This seems to be a reference to the division bell, which indicates when votes in the Commons take place.

The Foreign Office inquiry is seeking to establish whether there is evidence of “corruption, abuse of office or other serious dishonesty that has taken place in public office” in the British Virgin Islands.