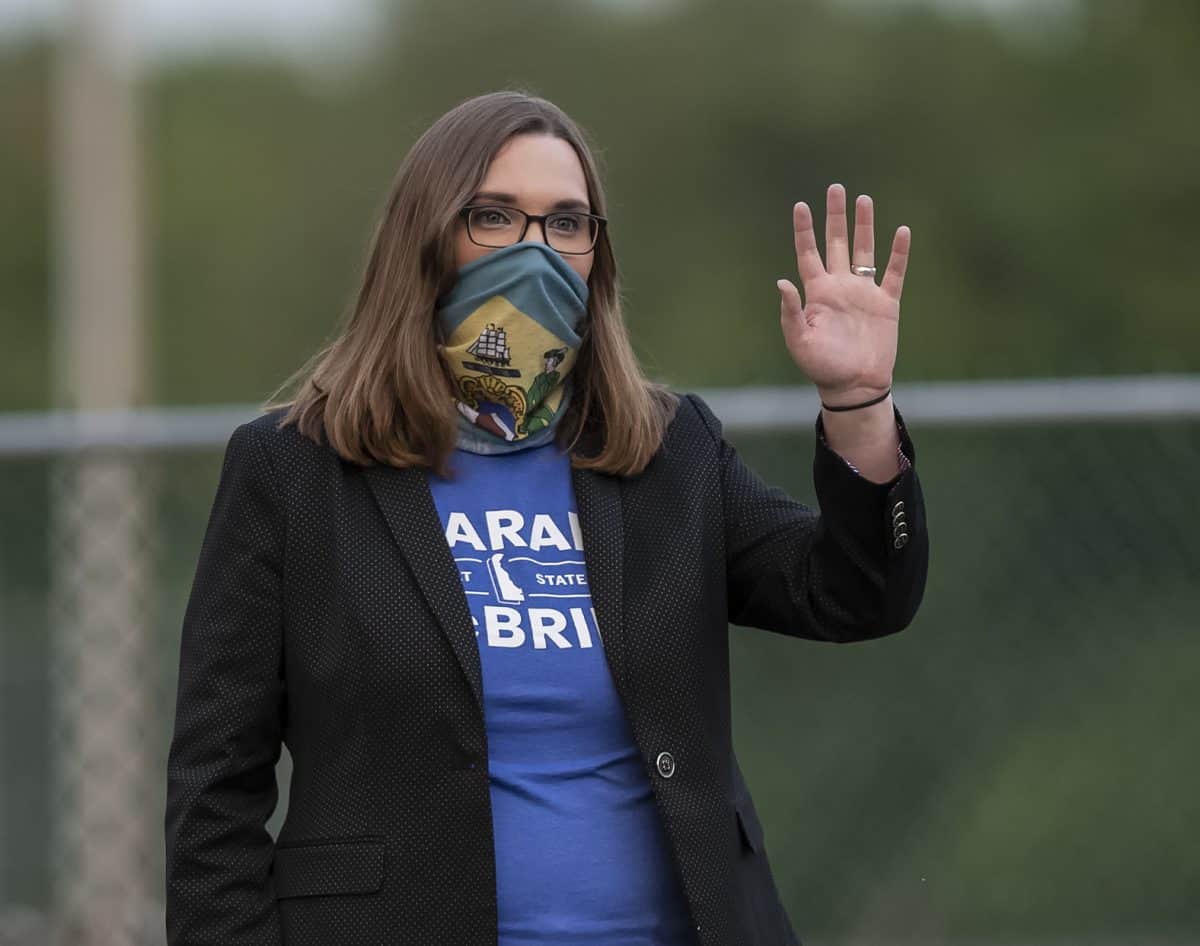 The United States has elected its first transgender state senator, as several other LGBTQ+ records were broken across the country.

Democrat Sarah McBride won the race for the Senate in Delaware in Tuesday’s general election, making her the first transgender person to hold office in the state’s upper chamber.

While there are a handful of other transgender legislators around the country, she is the first transgender person to hold the office of state senator.

Following her win, Ms McBride said on Twitter: “To anyone who worries that their truth and their dreams are mutually exclusive, know that change is possible. Know that your voice matters. Know that you can do this, too.

In Kansas, retired teacher Stephanie Byers has won her race for the state house of representatives.

Mrs Byers, a member of the Chickasaw Nation, is believed to be the first Native American transgender person elected to office across the nation.

Mauree Turner also broke a US record, becoming the first out non-binary person elected to a state legislature anywhere in the US, winning their race to the Oklahoma state House.

Elsewhere, the first two openly gay black men were elected to the US Congress, both in New York.

Ritchie Torres became the first openly gay Afro-Latino member of Congress after winning his seat in the South Bronx, while Mondaire Jones won his race for a seat spanning Westchester and Rockland County.

Mr Jones also won the vote of 2016 presidential candidate Hillary Clinton, who said she “of course” voted for him in Tuesday’s poll.

“We also have elected state legislative candidates of colour to states and chambers where we never have before.”

With a record number of postal ballots filed, it is expected that conclusive election results will be delayed by a number of days.