"Terror groups will be looking to attack as many non-combatants as possible and this will be more likely when people are still innocent people in the streets, so security services will be on their guard over the next few days." 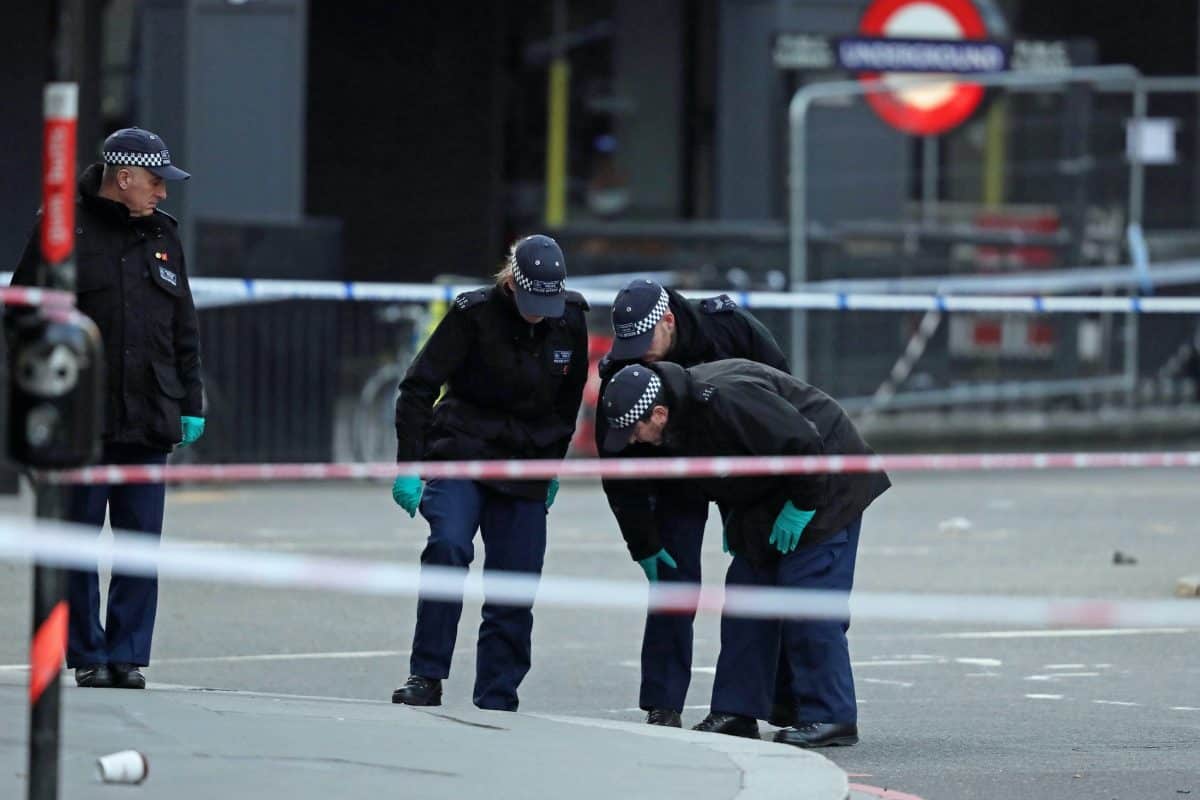 British cities could be targeted by terrorists this week as would-be attackers rush to launch atrocities before the country goes back into lockdown, warned a leading security expert.

He said terrorists found the deserted streets of many European cities during the first wave of the pandemic harder to commit mass murder.

But as lockdowns around the continent have eased, potential attacks have become more likely.

And as many countries return to lockdown restrictions, would-be terrorists could be looking to launch atrocities before major cities become empty again, according to security analyst Will Geddes speaking as the UK terror threat level was raised to “severe.”.

Both France and Austria suffered deadly terror attacks in the last week, the day before a fresh lockdown was due to come into effect.

The day after his address, on Thursday, a Tunisian-born knifeman stabbed to death two women and a man at the Notre-Dame de Nice cathedral.

The attacker reportedly shouted ‘Allahu akbar’ (God is greatest in Arabic) and was shot by police but did not die, so was arrested by officers.

On Saturday the Austrian Chancellor Sebastian Kurz, announced new restrictions in his country to begin on Tuesday.

A day before this lockdown was due to kick in (Monday), a gunman armed with rifles opened fire in six different locations across Vienna, killing four people and wounding as many as 22.

The shootings took place near the capital’s central synagogue but it is not yet clear if that was the target as he opened fire on drinkers sitting outside in a busy area of the city.

The ISIS shooter announced the attack on Instagram and had previously been jailed for trying to go Syria.

Mr Geddes, managing director ICP Group that advises on security threats around the world, said these latest killings could have been planned to take place before lockdowns and while there were still many unsuspecting victims outside.

He said: “One of the biggest issues we have to remember is that terrorism is not very successful if there are empty streets, where there are less potential victims and it is easier for security services to identify them.

“Terrorists like to target highly populated areas, which there are less of when people are not on the streets as much.

“Where a country has implemented a lockdown it makes it far less appealing for terrorists to undertake attacks because it’s not going to achieve the casualties and fatalities they want – as they have in Vienna and Nice.

“Nothing can be discounted right now, the hardest part for counter terrorism is trying to look at what opportunities these groups will try to exploit.”

Mr Geddes warned security services in Britain should also be on high alert as England goes into a new month-long national lockdown to start on Thursday.

He added: “I think as any country that relaxes a lockdown they have to be on their guard because terror groups will take that opportunity as people start to go back into the streets.

“Similarly security services have to be on their guard as new lockdowns approach.

“Terror groups will be looking to attack as many non-combatants as possible and this will be more likely when people are still innocent people in the streets, so security services will be on their guard over the next few days.”

Initially there was a drop in terror incidents across Europe during the widespread lockdowns instigated in March to curb the spreading virus, Mr Geddes said.

He added: “There has been very little terrorism in central Europe for the last few months – since the beginning of the year in March.

“These groups feel like they have to keep themselves current and relevant and one way to do that is to launch attacks again, as they have. Relaxing lockdown is an opportunity for them to potentially exploit.

“What are the key objectives for terrorists? Causing chaos and high casualty rates.
“If you have got empty streets it makes it more challenging for terrorists to move around and easier for the authorities.

“More and more attacks have recently been Low-fi, with the use of vehicles or easily accessible weapons.”

The Vienna shooting has put European authorities on alert as it mimics the “marauding” attacks seen in Mumbai in 2008 in which gunmen roamed the city picking off passers-by.

Mr Geddes said: “It feels like we are right back to 2008 in Mumbai when there were spontaneous attacks in the city with marauding gun attacks.

“With marauding terrorism, terrorists can utilise the situation to cause chaos and disruption wherever they possibly can.”