The Labour leadership contender accused the Good Morning Britain presenter of being ‘irresponsible’ and pitting women’s rights against trans rights. 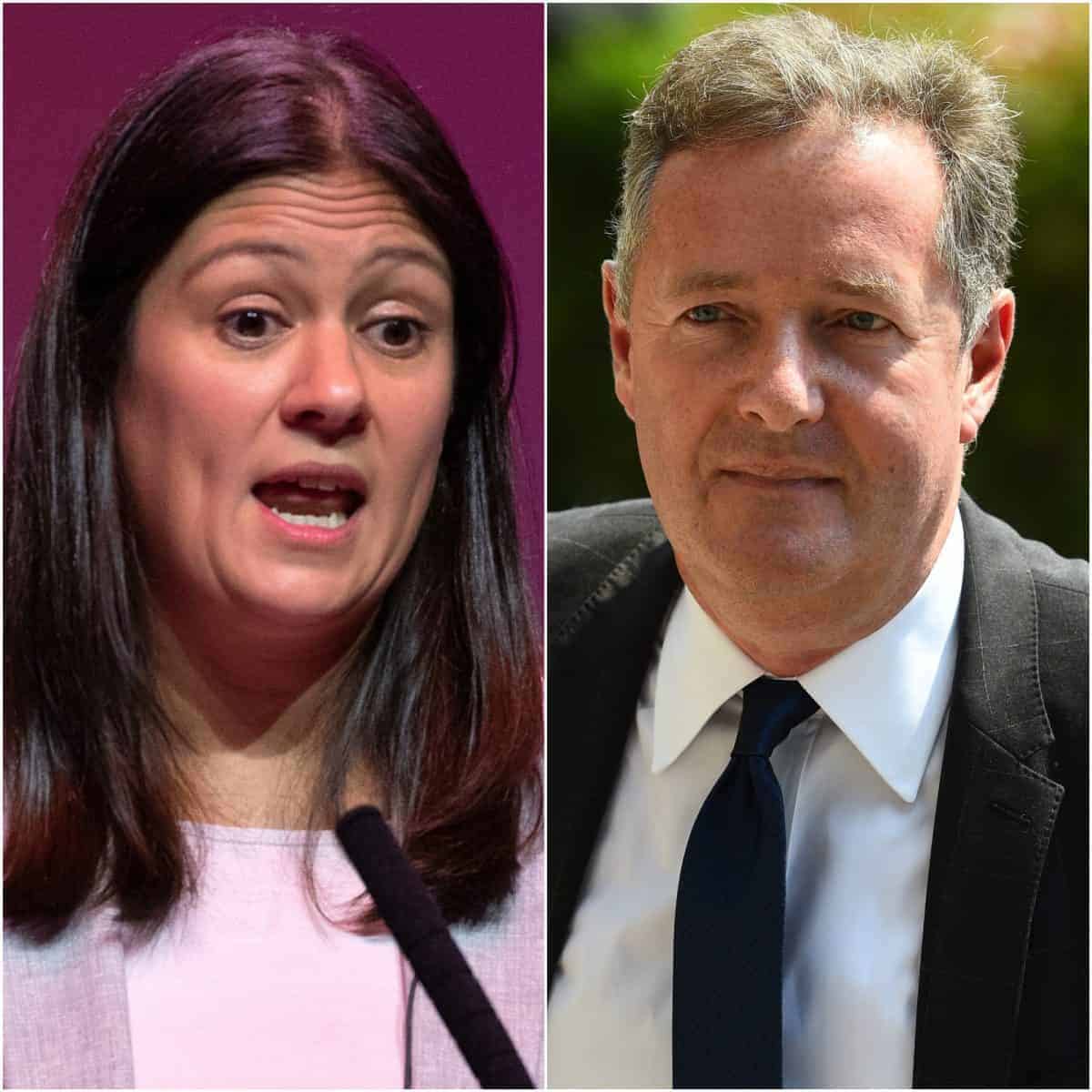 The Wigan MP demanded the Good Morning Britain host apologise after he repeatedly asked her to say whether she felt it was “unfair” for athletes who now identify as female to compete in women’s sport.

Ms Nandy, who has backed pledges from the Labour Campaign for Trans Rights that call for the expulsion of transphobic members from the party, said it was for sporting bodies to establish a commission to discuss the issue.

But Morgan demanded Ms Nandy give a “straight answer” and pressed her again, citing the example of New Zealand weightlifter Laurel Hubbard, a transgender woman who is now targeting selection for the Olympics having previously competed as a male weightlifter.

He also posed a hypothetical question over whether world record-holding sprinter Usain Bolt should be allowed to compete against women if he decided to transition.

She said: “It’s for sport to have a proper commission to sit down and work out where those boundaries are.

“I will not allow this to become a zero sum battle between two groups of people.

“I will tell you why, because you are doing what too many people have done in this debate – you have created more heat and less light.

She added: “I’m giving you a straight answer, I’m saying you are setting up a straw man in order to to pit one group against another.

“It has a real world impact and you need to stop it.

“You are attacking some of the most marginalised people in the country.”

Morgan insisted he was “not attacking transgender rights” and again demanded Nandy say whether she felt it was fair for trans athletes with “superior strength and power” to enter in women’s competitions.

As the GMB jingle played the show into an advert break, the pair continued to talk over each other and Nandy said: “I want you to apologise.”

The heated debate started when Morgan had asked Ms Nandy if she agreed with her Labour colleague Dawn Butler, who he said had told the show recently that children are born without sex.

Ms Nandy replied that when babies are born, they are “designated” a biological sex, which is “determined by their physical attributes”.

“It’s not for me to tell people who they are,” she said.

Morgan asked her about a BBC Teach video that suggests there are more than 100 gender identities, to which Ms Nandy replied: “You could do with watching one.”

She added: “People choose their own gender, they choose how to define themselves, I believe.”

When Morgan repeated that he could choose to identify as a “two-spirit penguin”, a claim which drew scores of complaints last September, Ms Nandy joked it would be a “dramatic improvement”.

The issue of trans rights has become the subject of debate in the Labour leadership contest and even prompted former Labour prime minister Tony Blair to warn the party should not fight the “culture war” on trans rights.