"Let me just put up a tweet that Margaret Thatcher has just put out because… Theresa May, sorry." 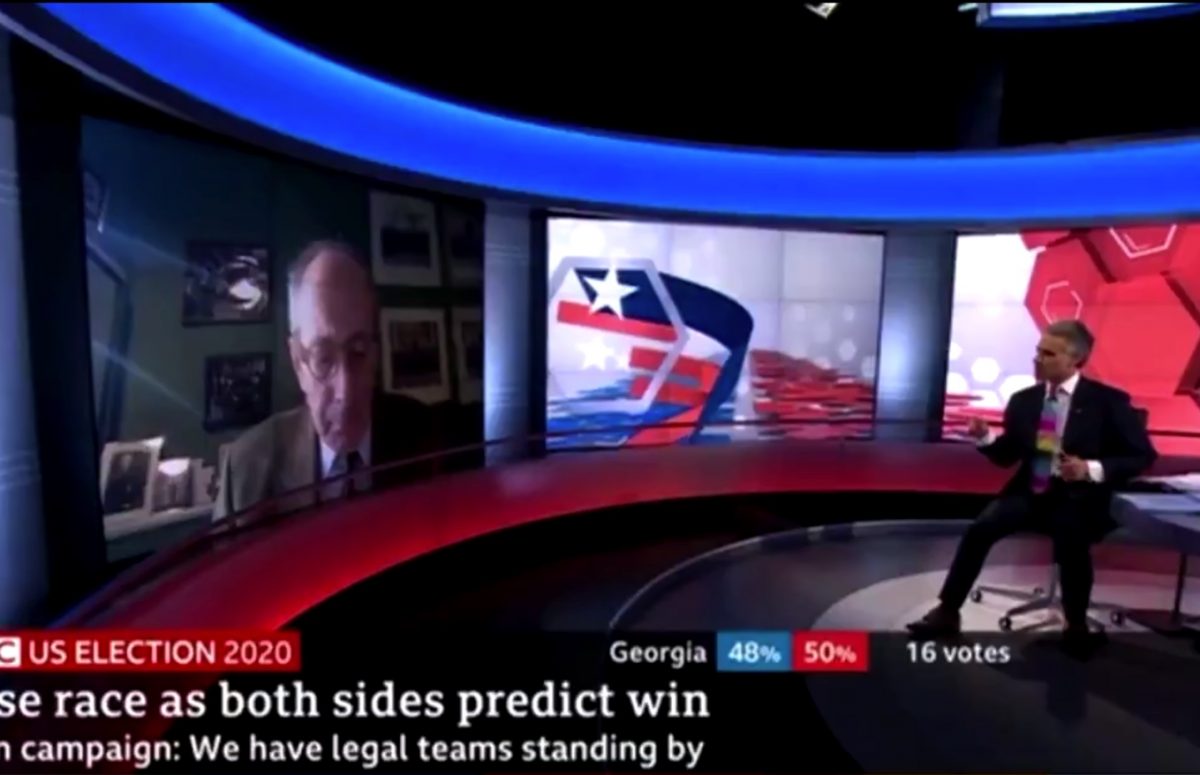 A BBC News anchor caused quite a shock this morning as he read out a tweet from beyond the grave.

Matthew Amroliwala accidentally announced that former Prime Minister Margaret Thatcher – who died in 2013 – had tweeted about the electoral battle between Joe Biden and President Donald Trump.

Speaking to Sir Malcolm Rifkind, the former Foreign Secretary under Thatcher, over Zoom he confused a tweet by another former female PM – Theresa May – when discussing the Paris accord and climate change.

He said: “Let me just put up a tweet that Margaret Thatcher has just put out because… Theresa May, sorry.”

Sir Malcolm laughed on screen as Amroliwala read out the tweet from May, which read: “We will soon know who will be the next US President. But, sadly, today also marks the US leaving the Paris accord — the world’s foremost attempt to build consensus on climate change.

“Whoever is elected has an immense responsibility to help tackle our planet’s greatest challenge.”

BBC: “Let me just pull up a tweet that Margaret Thatcher has just put out… Theresa May sorry.” pic.twitter.com/2sDP8RFtPl