The MP also takes money from a crisis-communications firm to coach its corporate clients for their appearances at Commons Select committees. 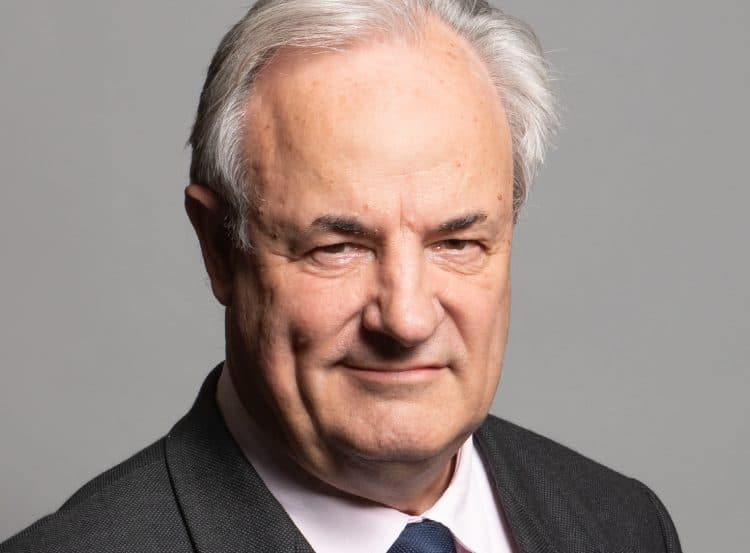 A Conservative MP has made a grovelling apology after making offensive comments about a Labour politician.

James Gray said ‘a bomb’ should be planted in the office of former Labour shadow chancellor Anneliese Dodds.

As the Labour Party Conference was about to take place on the south coast in Brighton, he made the shocking comments in a Tory WhatApp Group.

In the exchange, Rob Largan, Conservative MP for High Peak, had asked colleagues ‘Does anybody know where Anneliese Dodds’ Commons office is based? I need to deliver something to her office.’ Mr Gray replied: ‘A bomb, perhaps?’

Mr Gray, who represents North Wiltshire since 1997, has since said he regrets his remarks. ‘It was a foolish remark’ he said, adding: ‘I meant no offence and hope none was taken.’

In the context of violence against women and memories of the IRA’s 1984 bombing of the Grand Hotel in Brighton his remarks seem particularly callous.

The Mail on Sunday revealed Mr Gray was taking money from a crisis-communications firm to coach its corporate clients for their appearances at Commons Select committees.

The “broadband-relevant parts” of BT should also be brought under public control to ensure free full-fibre broadband can be provided to all by 2030.

Both policies were previously pushed by Mr Corbyn during his time as leader.

Unite’s Tom Murphy said problems in the country will “not be solved with belief in the market alone”, adding: “It’s vital that as we face the recovery and the long-term transition of a green future that this party does not turn its back on the democratic public ownership.

“Recent polling confirmed once again that the majority of the public back common ownership rather than face once again a chaotic cycle of deregulation, collapse and bailout.”