"Steve, I bring terrible news. It’s your Brexit. It’s your ‘fiasco’. You were at the epicentre of the policy-making elite who pushed it through, without scrutiny, in the harshest terms possible," Sue Perkins tweeted. 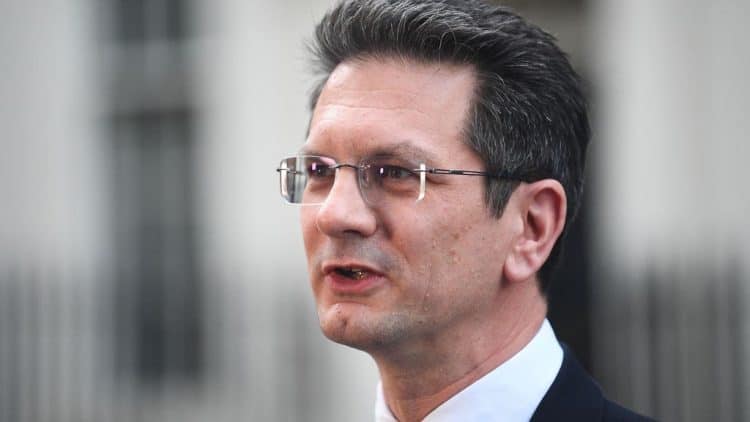 Steve Baker has ruffled a few feathers after he branded Brexit a “fiasco” and indicated that politicians such as Sir Keir Starmer could be to blame for it.

The self-styled ‘Brexit hardman’ and former deputy chairman of the ERG took to Twitter to bemoan the ‘policymaking elite’, seemingly forgetting that he was Brexit minister from June 2017 and July 2018.

His comments come as a post-Brexit masterplan was unveiled to merge London with Amsterdam in a bid to plug financial trade lost to Brexit.

Earlier this month the governor of the Bank of England, Andrew Bailey, said he does not expect the EU to open the doors to UK financial services exports after Brexit.

It also emerged today that thousands of EU workers have left hospitality jobs in the past year, as EU workers abandon the UK.

He tweeted: “Keir Starmer’s comments about #NetZero remind us that he’s part of the policymaking elite who have decided to make us poorer and colder.

“Politicians need to level with the public about the scale of change needed in our lives so we don’t have another political fiasco like Brexit.”

?Politicians need to level with the public about the scale of change needed in our lives so we don’t have another political fiasco like Brexit