Tory leadership contest: How the week will unfold

Candidates need the support of 100 MPs to get on to the ballot on Monday. 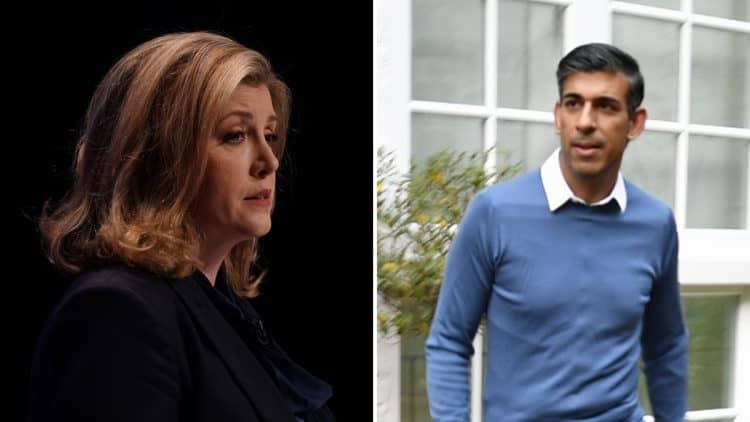 The Tories are scrambling to elect a new leader this week, with a new prime minister promised by Friday.

It is just seven weeks since Liz Truss won the party’s last leadership election following Boris Johnson’s resignation amid a series of scandals.

However, Ms Truss was forced to resign last Thursday after the markets rejected her mini-budget.

Sir Graham Brady, chairman of the powerful 1922 Committee of Tory backbenchers, said the election process will be concluded by October 28 so the new leader is in place in time for a crucial financial statement on October 31.

– What will happen on Monday?

The parliamentary stage of the Tory leadership contest will conclude on Monday.

Candidates will need a minimum of 100 colleagues nominating them to proceed to the ballot.

“We fixed a high threshold but a threshold that should be achievable by any serious candidate who has a prospect of going through,” Sir Graham said.

He said it would mean a maximum of three candidates on the ballot paper for MPs to vote on.

If there are three, the candidate with the fewest number of votes after the first ballot will be eliminated. That first round is to be held between 3.30pm and 5.30pm on Monday with the result announced at 6pm.

Then, in a change in procedure since the last leadership contest, there will be an “indicative” vote once only two candidates are left.

This will be held between 6.30pm and 8.30pm on Monday, with the result announced at 9pm.

The hope is perhaps that the loser of the “indicative” vote may drop out of the race, in which case a new leader emerges without the involvement of Tory party members.

When David Cameron quit, the leadership contest did not go to a vote of party members as Theresa May was left unopposed following Andrea Leadsom’s withdrawal from the race.

If neither drops out, this final vote by MPs will allow Tory members to know – which they did not in the last election – the preferred of the two candidates of the parliamentary party, potentially dissuading them from choosing the other.

– What happens after the MPs vote?

If two candidates end up remaining, Tory members across the country who joined the party at least three months ago will have a say.

Tory party chairman Sir Jake Berry said: “We have decided that if the party should decide to put forward two candidates there would be an expedited, binding, online vote of Conservative Party members to choose its next leader.”

The ballot will close at 11am on October 28, with the result announced later that day.

– Will there be any hustings?

Sir Jake said Conservative HQ will be working with broadcasters to arrange one broadcast event so members can hear from the final two candidates before they vote.

However, no hustings have been announced.