The climate activists blocked traffic on both carriageways of the North London crossing made famous by The Beatles. 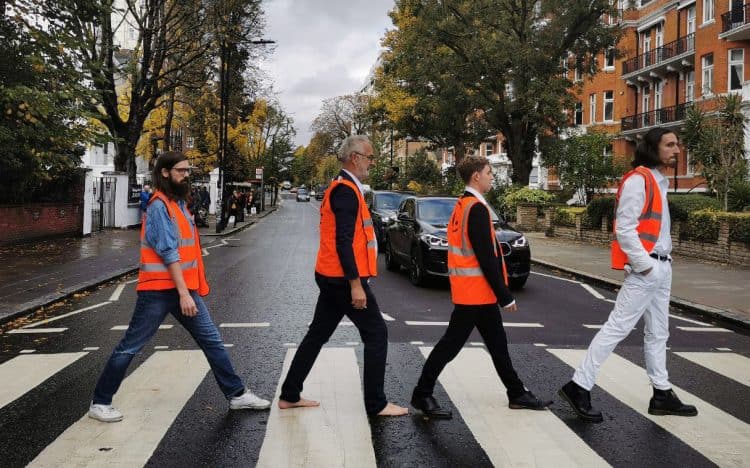 On Sunday, the climate activists blocked traffic on both carriageways of the North London crossing made famous by The Beatles.

The protesters recreated the pose from the cover of The Beatles’ Abbey Road album at the crossing.

They then unfurled a poster with the slogan ‘Just Stop Oil’, before blocking traffic by sitting in the middle of the road.

A statement from the Metropolitan Police said: “Both carriageways of Abbey Road are now clear of protesters and traffic is flowing again in both directions.

“Police have arrested four protesters for wilful obstruction of the highway.”

It added that the protesters have been taken into custody at a central London police station.