Kemi Badenoch described it as the "naughtiest" thing she had ever done. 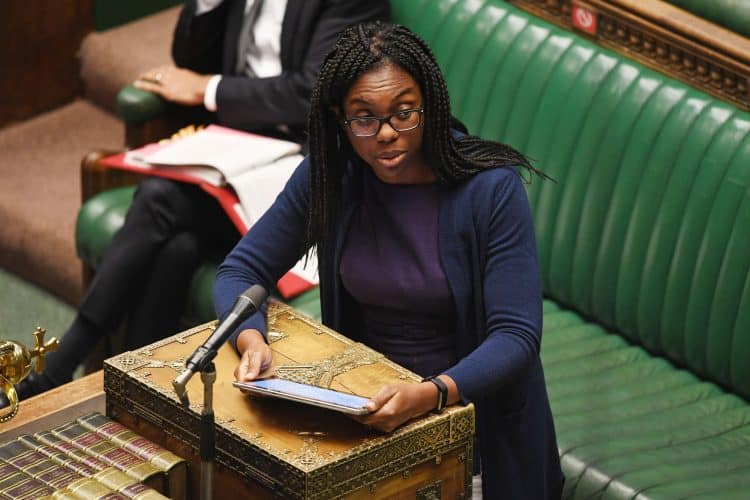 A Tory MP standing to be the next leader of the party once hacked into a Labour opponent’s website to write “nice things” about her party.

Kemi Badenoch admitted changing the content of the victim’s website during an interview with Core Politics in 2018, describing it as the “naughtiest” thing she had ever done.

The MP for Saffron Walden, in Essex, told the publication: “About 10 years ago I hacked into … a Labour MP’s website and I changed all the stuff in there to say nice things about Tories.”

She is now among the frontrunners to lead the party following the resignation of Boris Johnson.

It’s not the first time the Conservatives have played website tricks to fool voters.

Ahead of the 2019 general election, they set up a site that purported to showcase Labour’s manifesto but actually attacked the party’s policies.

The Conservatives had apparently paid for a Google advert which meant internet browsers were directed to the website when they searched for “Labour”.