The fact that far-right candidate is managing to poll at this level "would have once been unthinkable," Lewis Goodall pointed out. 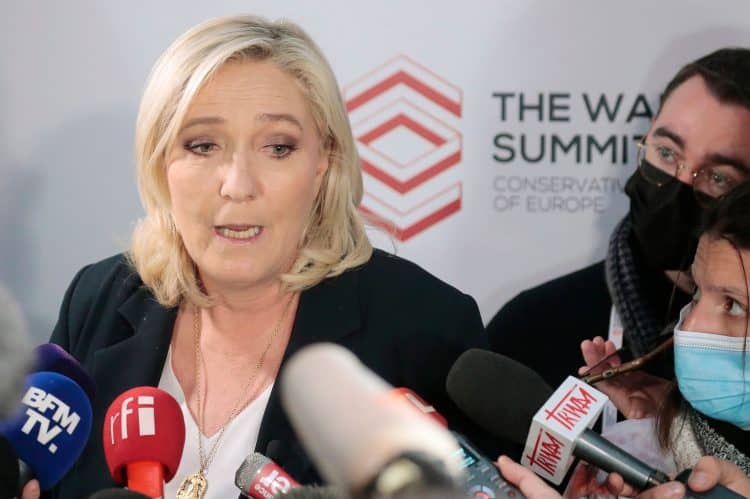 With just days to go until voting opens across France, the latest polling puts the contest on a knife edge.

The latest Ipsos Sopra Steria Cevipof poll for Le Monde newspaper on Wednesday gave Emmanuel Macron a projected vote share of 26.5 per cent to Marine Le Pen’s 21.5 per cent in the first round of ballots on April 10, compared to 28 per cent for Macron and 17.5 per cent for Le Pen in the last poll conducted March 21-24.

Other polling companies have it closer.

Kantar-Epoka give Macron just a two-point lead in the first round following a three-point surge from the far-right National Rally party.

The party has built its platform around restricting immigration and boosting law enforcement funding, but it is thought that new pledges aimed at working people concerned about the cost of living have been responsible for the latest uptick.

The BBC’s Lewis Goodall reports that the new polling will send a shiver down spines in the Élysée and in Brussels.

“The fact she (a candidate of the far right) is managing to poll at this level would have once been unthinkable,” he said.

The Guardian points out that a similar shift happened in the 2002 election, when Le Pen unexpectedly made it to the runoff in that year’s presidential election.

Quoting Annie Ernaux, they said the French were “swept into the frenzy of a mass mobilisation to save French democracy.”

A hastily assembled republican front ensured that Jacques Chirac, the centre-right candidate for the Élysée, won an overwhelming 82 per cent of the vote in the second round.

Progressive voters held their noses and did the necessary. As Ms Ernaux put it: “Better a vote that stinks than a vote that kills.”